“Cut the nonsense and pay us”: Nurses protest in Rawson Square 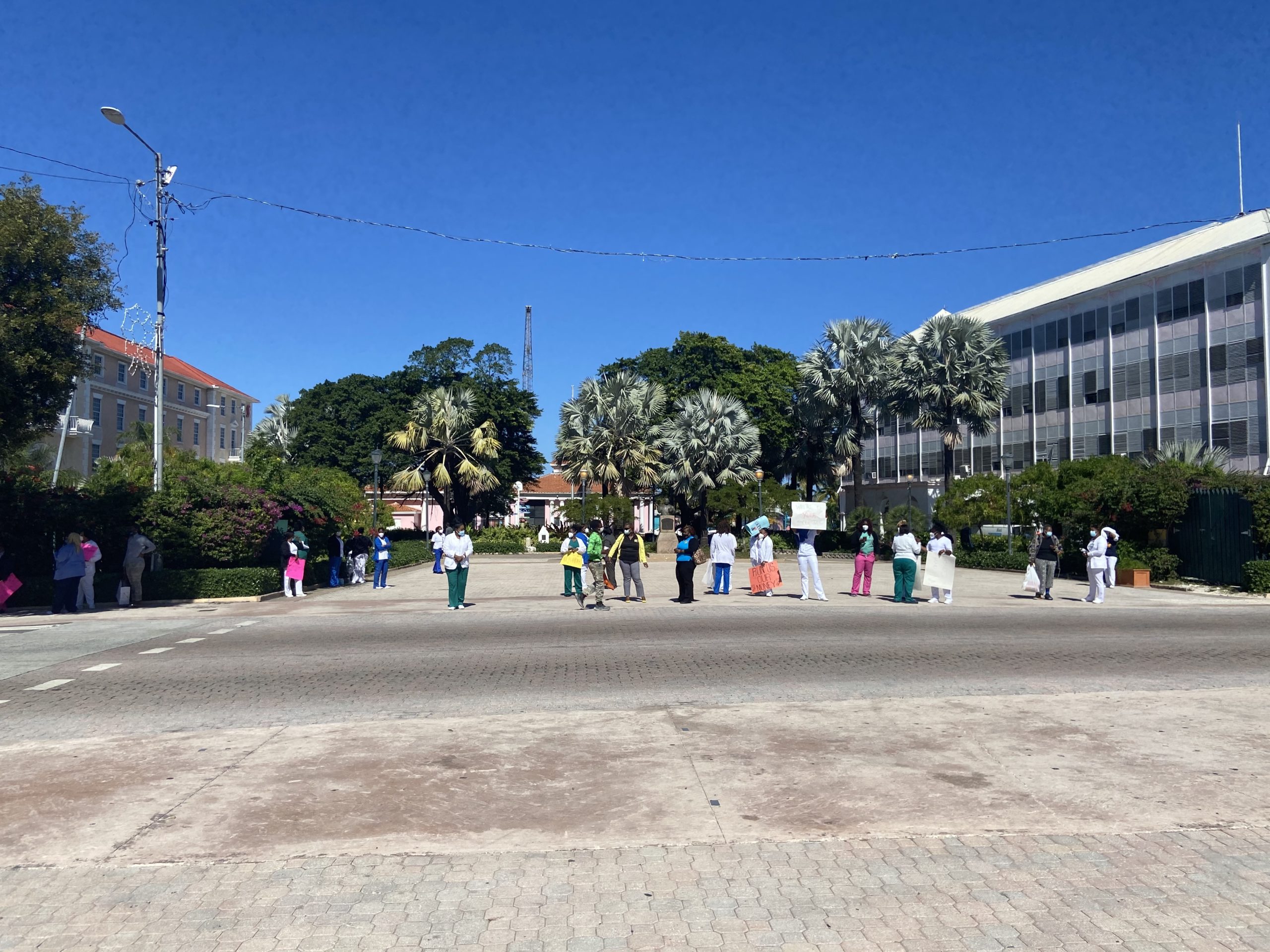 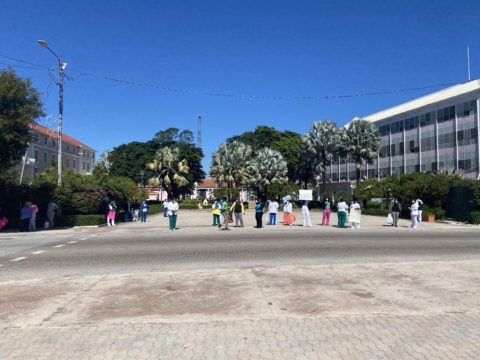 Williams: “We voted them in and we could vote them out”

NASSAU, BAHAMAS — Several nurses demonstrated outside of the House of Assembly yesterday in an effort to urge the government to pay money owed to them and protest against what they claimed is a continued lack of respect and unfair treatment.

The nurses chanted “we deserve better; we deserve respect” as they marched around the Lower Chamber in Parliament Square holding up placards that read: “Nurses don’t work for free”, “Give us our money”, “Nurses lives matters”, “Where’s your compassion?”, and “Protect us! We have families to go home to”.

Several parliamentarians opted to cross the nurses’ picket line to greet the healthcare workers and listen to their concerns.

Bahamas Nurses Union (BNU) President Amancha Williams said several nurses in the Department of Public Health have still not been paid for overtime worked during Hurricane Dorian in 2019 and throughout the coronavirus pandemic last year.

Williams said despite meetings with Minister of Health Renward Wells, nurses are not happy with what they are being told.

“The expectation is you still want us to come there and work more overtime, but from March you ain’t pay,” she said.

She explained that nurses are being offered partial payment of the money owed and will get the arrears in the next six months.

However, she insisted that by the time the first pay period passes, nurses will once again be owed back pay for more overtime worked.

“We want everything now because then you would still have seven months in arrears again. Pay it all and let’s start again,” Williams continued.

The BNU president said if their requests are not met, nurses are prepared to pull their services.

“Whatever the nurses said, they are ready to do. We will follow the law of this commonwealth and we will go file our dispute, we will get our strike certificate and we will sit out until this government [gets it right],” she said.

One nurse reminded the government that the COVID-19 pandemic is still ongoing and their services will be required, especially for administering vaccinations.

“If you are treating us like this now, what you think we are supposed to expect when the next strain comes? You expect for us to sacrifice ourselves,” she said.

“…This is what we get as being frontline workers; it’s unfair to us. Why we can’t get what’s due to us? Y’all buying cars, y’all buying everything else, y’all paving the sidewalks. Persons don’t need the pavement to walk on, but we need our money to survive just like everybody else.”

While he did not engage nurses who stood in Rawson Square, Wells briefly spoke with members of the media as he entered the House of Assembly, indicating that he’d already spoken to the union’s leadership on two occasions.

“I’ve met with their leadership on Monday [and] yesterday,” Wells said.

Prime Minister Dr Hubert Minnis could be seen entering the House of Assembly from Parliament Street, as opposed to his usual Bay Street entrance, and waved to the nurses that stood in wait.

Disgruntled nurses screamed: “We will remember”, “We hope you come through the back door when you come for our votes” and “We will tell our families too”.

Williams cried shame on Minnis and Wells for failing to speak with them, calling it a disgrace.

“At the end of the day, we must say we voted them in and surely we could vote them out,” she said.

“That was disrespectful. He is our minister. [Minnis] is a doctor first, who worked with us for many years. We are not here to do any harm; all we say is be just and fair.”

Williams added: “We are saying to pay the people. That’s all we’re asking. One stroke of a pen, prime minister, and that’s it — it’s all over.”

However, later in the day, during a back-and-forth with Englerston MP Glenys Hanna-Martin in the House, Wells insisted that the nurses have already been paid.