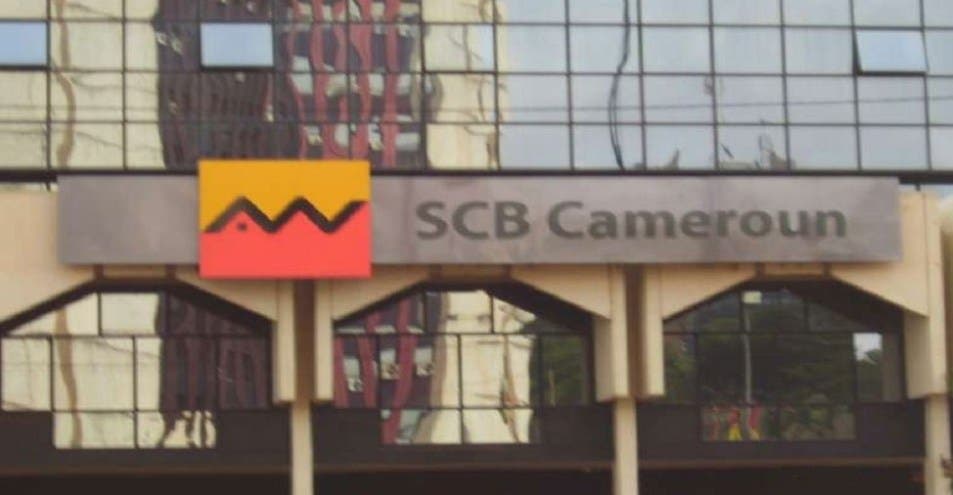 The funds allegedly stolen were taken from accounts regularly opened in the books of the Société camerounaise de Banque to be transferred and disbursed fraudulently by other people without a transfer order or proxy. The principal accused has decided to remain silent in her defense.

Yvane Mara Koum Dissake, V ex-employee of the Société a camerounaise de Banque (SCB), has decided not to make any statement in her defense in the context of the trial that has been opposing her since 2018 to his former employer before the Tribunal de grande instance (TGI) of Mfoundi. Prosecuted for complicity in aggravated breach of trust with Ms. Ndebi marries Amvella Marie, a former employee of the Commercial Bank of Cameroon (CBC), she refuses to give her version of the facts according to the article 366 (b) of the Code of Criminal Procedure.

Quite the opposite of his companion in misfortune who claims his innocence. Incarcerated in Kondengui central prison for almost three years, the two ladies appeared on 13 January 2021 in open court for the opening of the proceedings of their trial. Which unfortunately could not continue two weeks later for reasons still unknown.

Yvane Mara Koum Dissake and Ms. Amvella Marie Marcelle are accused of having organized the fraudulent disbursement of a sum of approximately 156 millions of francs to the SCB, through payments at counters and transfers made to several accounts, in particular the one known as “Amvella children”.

It was Ms. Amvella Marie who moved the said account. In the space of a few weeks at the time of the alleged facts, the latter, for example, would have received the bulk of the jackpot on his own, and illegally. That is the sum of 100, 5 million francs. The mechanism that the two ladies are accused of having put in place could have continued for a longer period if a mishap had not alerted the bank.

According to the prosecution who began to unfold their version of the facts at the hearing of 13 January in a dark room which forced the panel of judges to use the lamps of their mobile phones, the rose pot was discovered following a Denunciation made on 15 March 2018 by a client, Ms. Ngolo Marie Noëlle. The latter then declares to her banker that she received an unexpected transfer in her account in the amount of 01 francs whose origin it completely ignores.

The investigation immediately opened and carried out by the internal audit department of SCB will point out Yvane Mara Koum Dissake as the author of the transfer, suspect. The audit will also highlight many other transactions of the same type carried out between 12 February and March 8 2018. The SCB employee was said to have been inspired in her work by her supposed accomplice, Mrs. Amvella Marie, whose children’s account was said to have received most of the fraudulent transfers.

Selected from a list of six witnesses from the bank, only two of whom were retained by the court for the purposes of the trial, Ms. Motto Ndoumbe Catherine was questioned on 14 January by the representative of the State. An inspector on duty at the SCB, she was part of the internal audit team that conducted the extensive research into this matter after it was triggered.

The auditor says that their investigation had identified 18 fraudulent transfers made by Ms. Dissake on the sidelines of banking regulations . According to the witness, the modus operandi used by this defendant was to transfer the funds to a chain of accounts. Thus, each account receiving a transfer in turn made a movement to another account until the disbursement in favor of persons other than the holders of the initial accounts.

According to Catherine Motto Ndoumbe, for a transfer to be made from one account to another, the client who authorizes the transfer must absolutely submit a transfer order. The latter must then be identified by the agent who receives it and ensures that the signature on the transfer order is the one submitted by the customer. “This whole procedure was not followed by the accused, who also avoided recording the disputed transactions in the bank’s register.”

The witness nevertheless specifies that “the supporting documents for withdrawals made at the counters have been found”. Ms. Catherine Motto Ndoumbe also blamed Ms. Koum Dissake for opening a bank account on 15 February 2018 in the absence of a file, but also the absence of powers of attorney issued to the people who disbursed the disputed funds.

In the rest of his account, the witness specifies that the distracted funds were drawn from dormant funded accounts, that is to say accounts which did not record any movement over a period of time. These are the accounts that have been emptied in particular for the benefit of the “Amvella children’s account”.

For the witness, no explanation can be given to justify the operations claimed in the absence of the documents that should accompany them. Ms. Motto Ndoumbe will end her remarks by being astonished that Mine Koum Dissake was able to make a transfer and a disbursement all by itself in the same bank account and on the same day, a statement which suggests that the accused could not manage alone in the context of of this case. The first phase of the hearing of this witness does not allow to know more for the moment, in particular on the role of Mrs. Amvella Marie, the second accused in this trial.

At the end of the first witness’s statement at the bank, the lawyers filed a bundle of documents in support of the prosecution to support his statements. Except that the court suspended the rest of the trial and remitted the case to 18 January 2021 for allow defense counsel to review said documents before proceeding to cross-examine Ms. Motto Catherine. A cross-examination that has not yet taken place.

Note, however, according to some indiscretions, that the main defendant aspired to rebrigate a job in an organization of the United Nations system, with a compulsory pre-employment internship in the institutions of the European Union. It is to achieve this goal that she decided to find the means necessary to satisfy her ambitions in the dormant accounts of the SCB, her employer. The rest of the debates will undoubtedly shed more light.