Hanna-Martin, Dames clash in House over pay for reservist officers 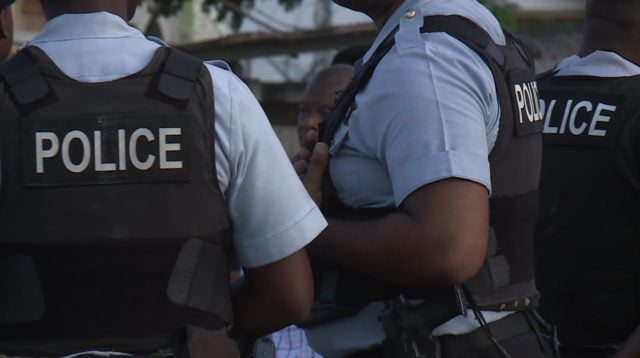 NASSAU, BAHAMAS — Englerston MP Glenys Hanna-Martin and Minister of National Security Marvin Dames had a brief but heated exchange in the House of Assembly yesterday after the Progressive Liberal Party (PLP) MP accused the government of failing to pay reservist officers funds owed to them for working amid Hurricane Dorian in September 2019.

“I am told that since then, one has died. There is another one who is in the hospital.

“They came out of their homes. They manned the shelters. Pay them. Pay the people.

“I have raised this before, you know. We should take a cut on our salaries in this House.

“We should be taking a cut, but we don’t want to do it. We don’t want to sacrifice, but we are telling people ‘you’ve got to wait a year, and two years for your money’.

“Something is wrong with that picture.

“You cannot send a signal that you are entitled to better standards or accommodations than your average Bahamians.”

Dames, who rose on a point of order, said he has previously addressed the matter.

“Mr Speaker, I have said it over and over; a Cabinet paper was presented to Cabinet during — not too long ago; at the end of last year — in respect to the overtime payments for police reservists. That was approved by Cabinet and sent back to the Royal Bahamas Police Force.”

Dames said he discussed the matter with the police commissioner recently to follow up.

“As far as I am aware and based on my conversation with the commissioner, there is nothing outstanding owing to the reserves in respect to overtime, as a result of the time or worked during Dorian. The member for Englerston intimated — I am setting the record straight — and her point was that it was agreed the reserves would be paid at the same rate as the career officers. She brought no evidence to that statement to prove that what she was saying was correct.

“So, she is being politically informed. I ask the member for Englerston to go back, to return to whoever is feeding her this information and tell them to go and have a word with the commissioner and let him set the record straight.

“It is sad that you continue to come to this Parliament with no evidence.

“You are acting as if you are the minister of national security because you come here speaking with so much strength, but nothing substantive to prove the comments that you are making.”

Hanna-Martin said while she does not think of herself as the minister of national security, she was informed by multiple members of the force of the same issue.

She asked the minister to go back and speak to the officers because “they are saying that they” have not been paid.

“One thing the member knows, if I have been here almost 20 years and I can tell you when I say something, you listen, okay,” she said.