Massive protest in Enugu over commissioning of FG’s uncompleted project 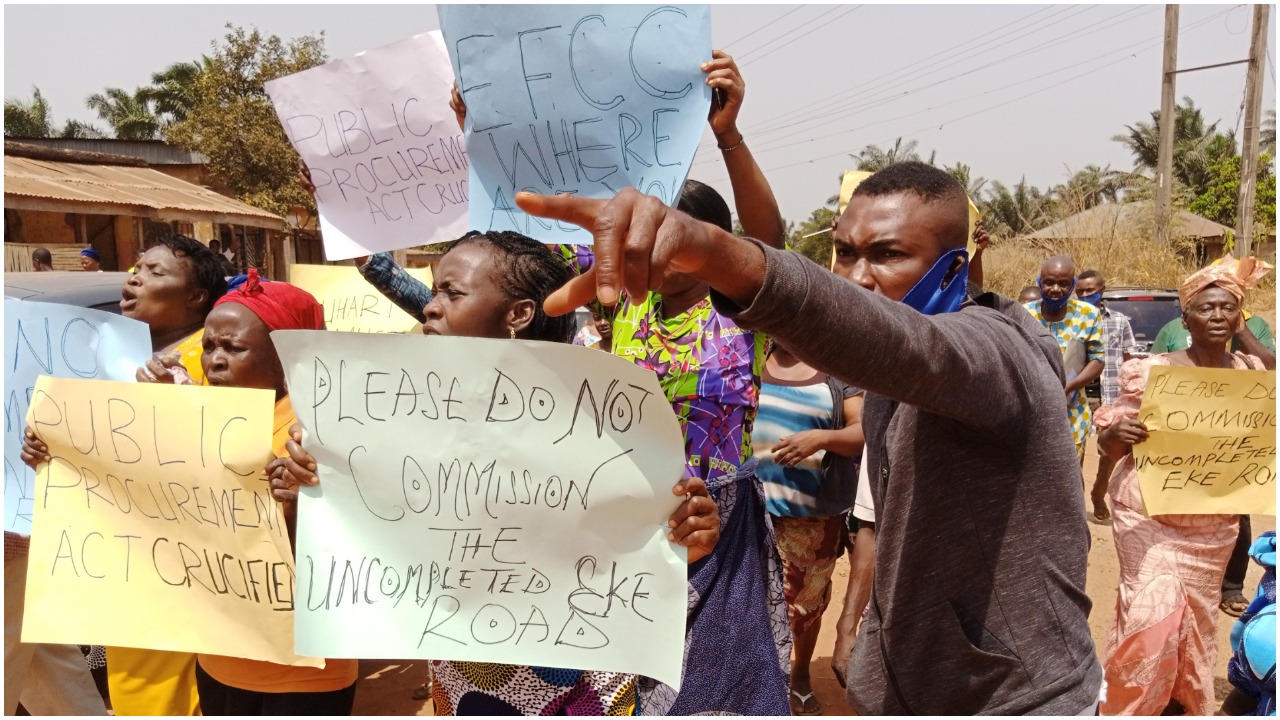 Residents of Eke community, in Udi Local Government Area of Enugu State, have taken to the streets in their numbers, protesting the commissioning of a road project yet to be completed in the area.

DAILY POST reports that the road, which is an ecological fund project under the office of the Secretary to the Federal Government, is yet to commence, but a Federal Government delegation is said to be in the area to commission the project.

They described the development as a monumental fraud which would be resisted.

Massive protest in Enugu over commissioning of FG’s uncompleted project