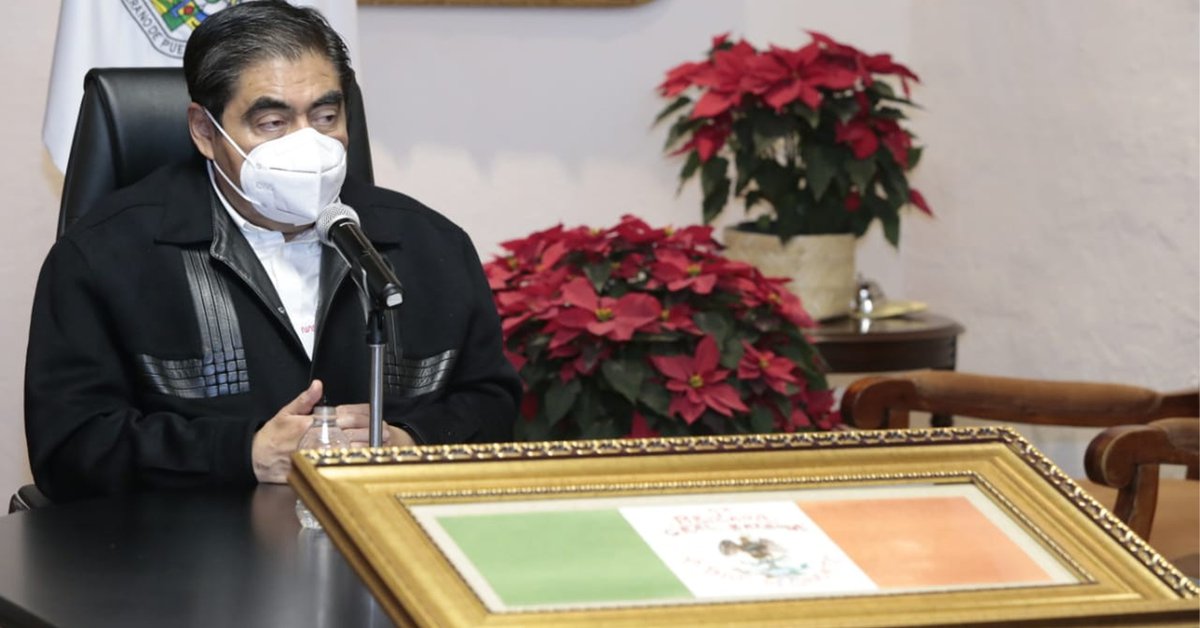 Miguel Barbosa Huerta , governor of Puebla, announced that his government will cooperate in the investigations against Mario Marín Torres , former president of the state, and who was arrested last Wednesday. The current governor of the entity demanded answers about “the fortune” of Marín Torres and that it be known who his accomplices have been over the years.

In addition to this, the president explained that this capture will help clarify many more crimes apart from those committed against the journalist Lydia Cacho.

Barbosa Huerta added that the fouls to which “the precious ruler” , as he has been known since 2006, incurred during his tenure in Puebla, which was 2005 to 2011. These, according to the governor, have caused great consequences today.

“The capture of Mario Marín opens the door to investigate many more than the causes for the process for which today he is detained in Cancun, opens a moment of enormous corruption that was part of what we have suffered , of what society has suffered. Many facts are going to be known and we are going to be part of that ”, he insisted.

Arrest of the “precious ruler”

Mario Marín Torres was arrested this Wednesday afternoon by agents of the Attorney General’s Office (FGR) in the tourist destination of the Port of Acapulco, in the state of Guerrero.

“Elements of the FGR detained this noon in Acapulco to Mario Marín, the ‘Góber Precioso’. He will shortly be transferred to Cancun (Quintana Roo), where he is required by the courts, “said Ciro Gómez Leyva through his Twitter account.

The personnel assigned to the prosecutor’s office led by Alejadro Gertz Manero and who detained the former governor of Puebla in Guerrero , proceeded to carry out the transfer him to the state of Quintana Roo , where the former PRI member who was a fugitive from the law was required.

Contrary to what might be expected, the arrest of the former member of the Institutional Revolutionary Party (PRI) occurred without the exercise of violence thanks to the intelligence work of the Criminal Investigation Agency. It was this sub-unit that located the property where the former politician was located and, without firing a single shot, completed the arrest warrant.

From According to extrajudicial versions, at the home located in the Cumbres de Figueroa neighborhood, presumably belonging to the sister of the former governor, seven vehicles arrived with elements ready to capture the alleged mastermind of the torture against the reporter . Approximately 45 minutes later, the agents already had in their custody Marín Torres.

To determine the exact moment in which the capture would take place, the prosecutors carried out a surveillance of 63 hours, thus, the intelligence work paid for an arrest ” clean ”and without victims or injuries.

MORE ABOUT THIS TOPIC

They arrested Mario Marín in Acapulco: the “precious góber” will be transferred to Cancun

Who is Kamel Nacif, the businessman who called Mario Marín “precious góber”

“Let’s go for everyone”: that’s how Lydia Cacho celebrated the capture of Mario Marín

Previous Post
Disturbing ‘felt highway’ footage a worry amid warnings mice plague may worsen
Next Post
Chlef: Works started with a project to connect 174 families to electricity in Sidi Issa in Taoukret