Reading is vaccine: the publishing industry asked the Federal Government that bookstores be considered an essential activity 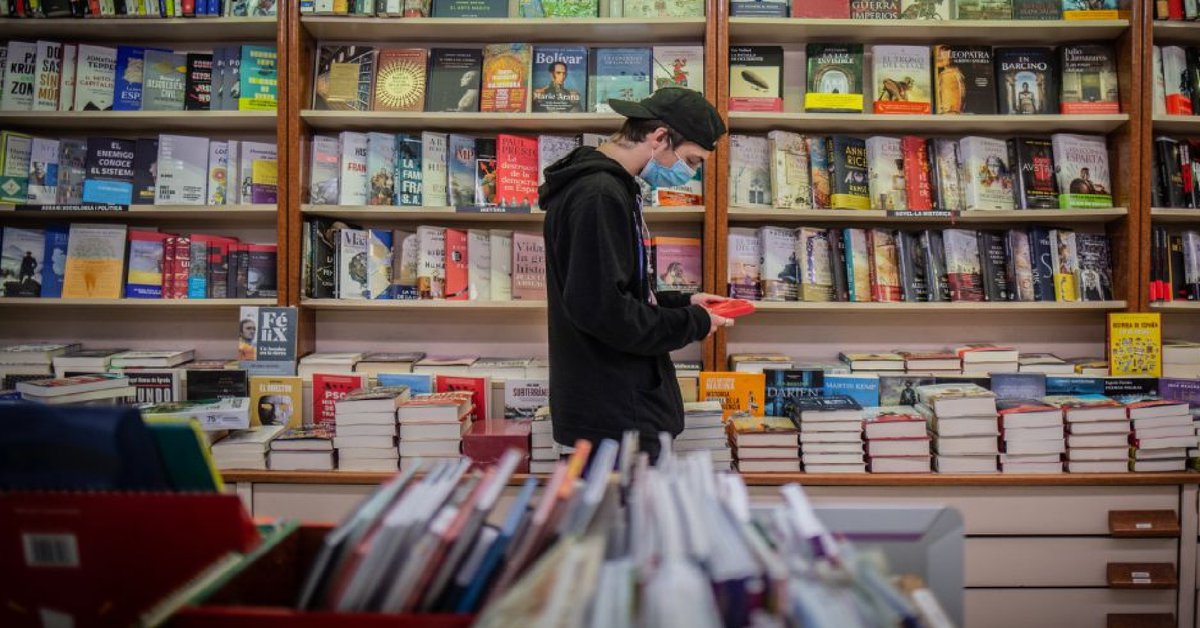 Like other business sectors, the publishing industry Mexico is experiencing a difficult situation due to the closure of bookstores due to the increase in infections and hospitalizations due to coronavirus (COVID – 19) that has been registered in recent months.

Therefore, through a open letter to President Andrés Manuel López Obrador, the National Chamber of the Mexican Editorial Industry (Caniem) requested this February 3 to the Federal Government the permanent reopening of bookstores and that they be considered as an essential activity.

“Libraries, the most visible part of this chain, are essential and must always remain open. That they can all operate and survive is of vital importance for society as a whole ”, the letter reads.

According to Juan Luis Arzoz, president of Caniem, although the sale of electronic books is progressing, it will never be similar to what it is in developed countries that is as in the 10 or the 12% of its production, so in Mexico the paper book continues to be a priority.

In this context, he assured that they have not been able to maintain the workforce despite the efforts made to offer their services in accordance with the standards.

In addition, he indicated that the entire industry has taken maximum care of health protocols, to avoid the transmission of COVID – 19, and in this long confinement they have respected cab all health emergency provisions issued by the authorities.

It is not a claim, it is a lawsuit. Just as the restaurateurs did, we want them to give us the opportunity to work. If you go to a bookstore they have more health rules than any other business, they do it the same as any department store, there are limitations on the number of capacity, that the people of the bookstores understand perfectly, they fully agree to follow those dispositions because they do not want to risk their people, they take great care of them

It should be mentioned that, in August 2020 the authorities established that the entire publishing industry was essential, although it was noted that this term was until 31 December.

Last Tuesday, the bookstores resumed their activities but with restrictions: they have limited hours of 10 to 17 hours and only with counter sales .

Our request is that they open in a normal way, with reduced hours if they want, but from Monday to Sunday, and not only with open-air sheds, and even This is how they are working because people want to read

Arzoz explained that when the bookstores reopened during the new normal, sales were recovering with a certain upward trend, but in the middle of the season Christmas, one of the most important, they put them closing.

The document was signed by 12 groups and associations of the book chain in Mexico, which was not sent directly to the president, as they trust him to know it by making it public in the media.

“All of us who belong to the chain of the book sign the letter. If a publishing house is closed because it has no where to sell the books, obviously graphic arts have no job because they have nothing to print; When seeing this limitation of closed bookstores, publishers also limit their news and sell background books, nothing more ”, he pointed out.

MORE ON OTHER TOPICS: