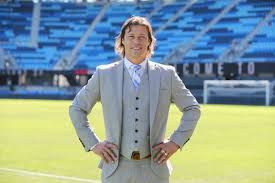 “It’s difficult.” The message from the ANFP after noon was not very auspicious in relation to the arrival of Matías Almeyda to the Chilean team. The issue was complicated, since this Thursday was a new deadline set from Quilín, where they bet big on the Argentine DT. Although there is plan B and C, Pablo Milad does not want the alternative of the former River Plate to fall.

Everything changed in the afternoon. The good news was given by Almeyda himself, who contacted the presidency of Creole football. As they have reported in the last week from the Federation, El Pelado is totally convinced to assume in La Roja, a situation that, as they recognized from the leadership, he already communicated directly to the owners of San José Eartquakes. The good news also brought with it a substantial reduction of the MLS exit clause. According to information that comes from the ANFP, the technician advised them that now the amount has been lowered by 75%. From US $ 3 million to US $ 750. 000.

With this information on the table, Milad and his board, advised by the Spaniard Francis Cagigao, decided to extend (once again) the deadline. Almeyda has until Sunday to give your last answer. And now yes, they say from the ANFP, because if there is no absolute confirmation, the other two candidates will start to run: Hernán Crespo, with whom an agreement is already well advanced, and José Luis Sierra, who is from

In Quilín, the arrival of a foreigner to the National Team bench continues to be a priority, despite the fact that Arturo Vidal has openly stated that they want a Chilean technician. In that sense, Sierra’s option is raised only if Almeyda or Crespo definitely fall. Although the president of Defense and Justice assured that the former striker will stay at his club until July, at least, in the ANFP they know that the true owner of everything there is the Argentine agent Christian Bragarnik.

With the first name on the list there is already an economic agreement. The figure is US $ 1.5 million per year, from now until the end of the Qualifiers. If Chile qualifies for the Qatar World Cup, the contract is automatically extended. Now they trust the ANFP. Things are not so difficult anymore, they assume, for Chile to finally announce the replacement of Reinaldo Rueda, who left office on 13 January.