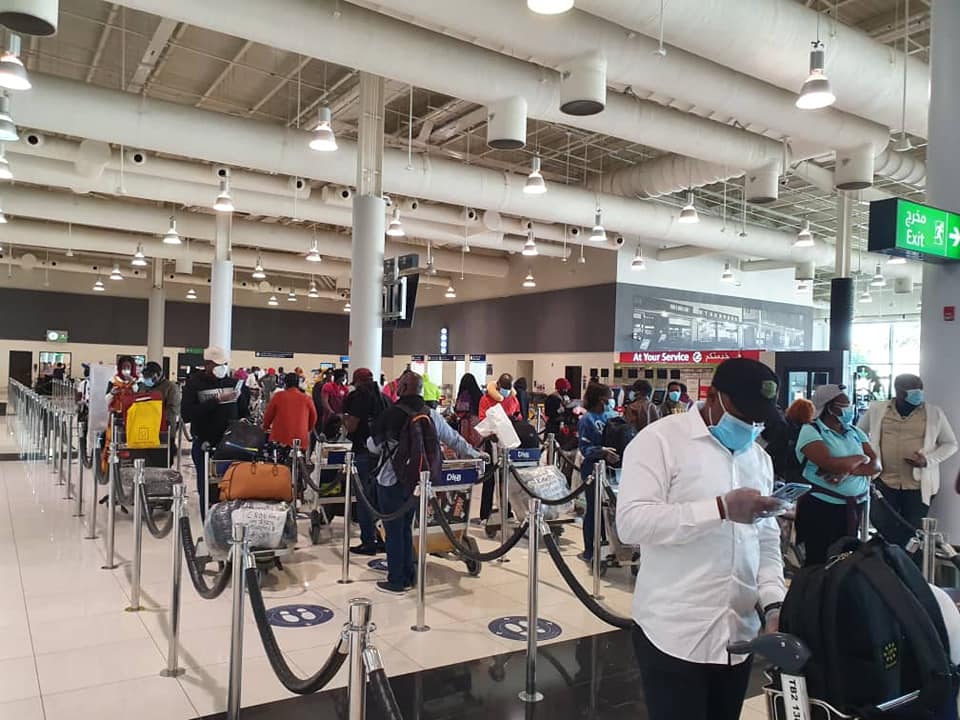 Last I heard, this decision was overturned by the US Agency for the Management of Illegal Migrants.

There will be no repatriation of 05 Cameroonians expelled from Joe Biden’s country. The flight for the repatriation of these compatriots in an illegal situation in the United States which should normally land this Friday, February 5 2021 in Yaoundé did not take place. The flight in question was simply canceled at the last minute by the US agency responsible for the management of illegal migrants (ICE).

Indeed, this Thursday afternoon, a spokesperson for the American agency in charge of the management of illegal migrants said in a statement that the allegations of misconduct and Mistreatment of detainees was under review by the Department of Homeland Security and the Office of the Inspector General. It should be noted that Cameroonian asylum seekers protested against their conditions of custody last fall at the treatment center where they were.

They were in the repatriation of this Friday. Actu Cameroun also learns from a well-informed source that their potential deportations appear to be at the origin of the last-minute cancellation of the flight. It should nevertheless be noted in addition, that upon his arrival, Jo Biden, the American president made the decision to suspend the flights of repatriation. This decision was subsequently retorted by a federal judge.

He also noted that US President Joe Biden says he intends to foster relations with Africa through his administration. The Democrat also says he is committed to “ to rebuild our partnership around the world and to reintegrate with international institutions like the African Union ”. He also underlines the need to commit to tackling a number of global issues including the coronavirus pandemic.

Previous Post
7 Series You Are Sure To Love If You Already Binged ‘Firefly Lane’ On Netflix
Next Post
Garbage: Avoid many situations, save grief