Evelop will increase flights to Havana from March 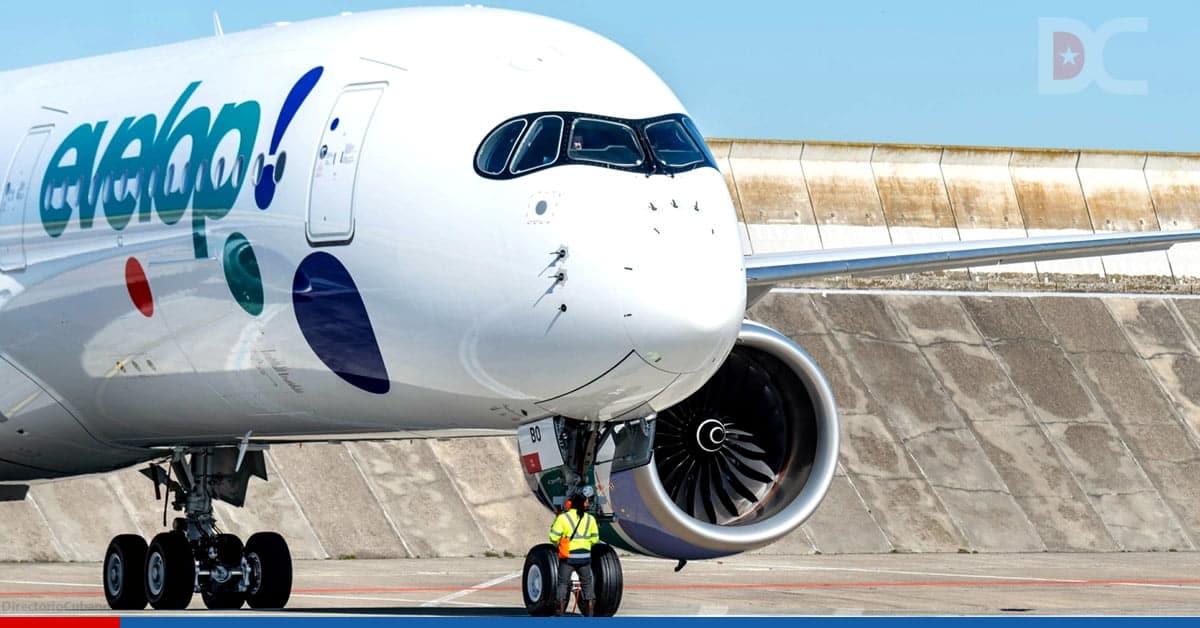 The Spanish airline Evelop, from its headquarters at Madrid-Barajas Airport, has designed an increase in connections with several Caribbean nations for the coming months, including Cuba, reported the tourist portal Preferente .

According to this information, the airline, owned by the Barceló Group, currently operates one flight a week to Havana and Punta Cana, in the Dominican Republic, departing from the Spanish capital. His idea, in these two tourist poles of vital importance for Spanish investments in the Caribbean, is to increase the number of frequencies as summer approaches.

This means confirms that as of 22 in March, Evelop would carry out two weekly flights bound for Havana , adding one more flight from mid-June to October. In other words, Evelop’s plan would be to fly to Cuba at least three times a week in the coming months. Something that would help ticket prices, since its direct competition, the Iberia airline is already connecting four times a week.

Evelop will continue to operate with Havana, in Cuba, Cancun, in Mexico and Punta Cana, in the Dominican Republic, adding a minimum of four weekly flights since March and anticipating at least five in the high tourism season in the Caribbean. Regarding Cancun, Evelop will debut on March 8 with a weekly flight, going to two in May and reaching three flights between June and September.

But the other airline of the group, Orbest also has plans for Cuba in the summer months. According to various media, Orbest would connect weekly from Madrid with Varadero, in Cuba, plus a weekly triangular flight with Montego Bay, in Jamaica and Samaná, in the Dominican Republic.

While from Lisbon, capital of Portugal, the Orbest airline will fly from the end of March to Punta Cana, in the Dominican Republic and Cancun, in Mexico, operating twice a week in high season.

The other novelty of the Barceló airline will be the inauguration of its flights to Africa, as it will fly from June to Mauritius Islands, once a week from Madrid at least until October.

For the summer it will reinforce more destinations in the Caribbean, with a connection of premieres to Cozumel and a new route, to San José, capital of Costa Rica, twice a week on a regular basis.

Evelop, after the health stoppage in mid-2020, returned to Cuba from 15 last November, with a total filling of your occupation, through your Airbus A 350, with 431 passengers . Since then, it has maintained a weekly frequency with the Island, which will be increased from next March, according to the expectations of the airline.

Previous Post
Jonátka endows the apartment with the arms of flowers
Next Post
How has the pandemic affected people’s sex lives?