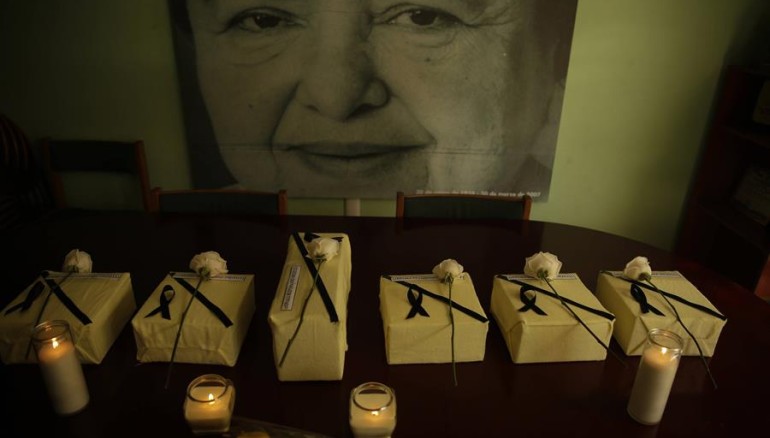 The investigating judge of the criminal case for the massacre of about 1. 000 civilians in the remote Salvadoran town of El Mozote (1981), Jorge Guzmán, concluded this Friday the inspections of the historical archives of the Catholic Church, Wilfredo Medrano, one of the victims’ lawyers, informed Efe.

The judicial inspection began last 25 in January in the archives of the Archdiocese of San Salvador and it is the first time in the recent history of the country that the Salvadoran church has allowed entry to these files, collected by your legal aid office.

Medrano indicated that the inspections found different identity documents and private property deeds of the inhabitants of El Mozote.

He added that files inherited by the UN Refugee Agency (UNHCR) were found that account for children born in Honduras and whose families took refuge in that country to avoid being killed by the Salvadoran Army during the civil war (1980 – 1992).

In addition, he said that there is a record of people who died in those shelters and that, in his opinion, “it is proof of the forced displacement” suffered by the population of El Mozote and nearby places.

He indicated that next February 12 a hearing will be held at the San Francisco Gotera Investigating Court, close to the place of the massacre and that is leading the criminal case .

The criminal process for war crimes and crimes against humanity against more than a dozen retired military commanders is in the investigation stage and, in the opinion of the lawyers, there are sufficient elements for Judge Guzmán to pass it to trial.

According to the Report of the United Nations Truth Commission in El Salvador, between 10 and 13 December 1981 units of the Atlacatl Battalion tortured and executed “deliberately and systematically” children, men and women of the El Mozote canton and other surrounding areas.

A state registry estimates the number of victims of El Mozote in at least 1. 730, of which 988 were executed, 48 survived the massacre, 665 are relatives of the murdered persons and 29 suffered forced displacement.

Previous Post
ICC ruling: The court has jurisdiction over the Occupied Palestinian Territories
Next Post
Qalubia Irrigation: 410 kilometers of irrigation in the governorate will be lined, at a cost of EGP 1.3 billion