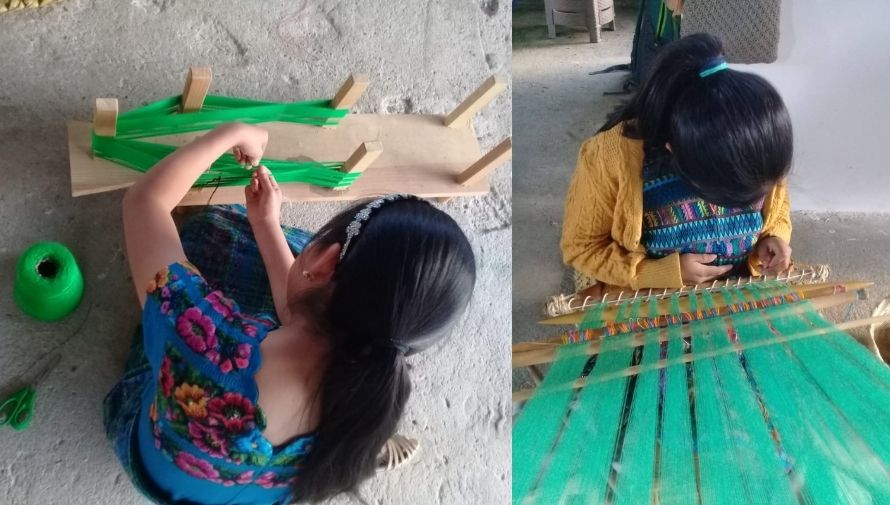 IXKOT , is a movement led by Kaqchikel women whose objective is to preserve the art of Mayan artisan weaving in their community and thus teach the new generations about said art. What a Chilean! We tell you more about the initiative.

The movement has been starting for more than 3 years and they have taught courses to children, youth and adults through the courses taught by the women of the IXKOT movement.

The movement is made up of several women dedicated to art, such as: singer-songwriters, painters, weavers, designers. The movement aims to revalue the art that the women of San Juan Comalapa carry out in their daily lives. It is currently led by 13 women.

In the academy they have managed to teach knitting to more than 30 people, who pay pay a symbolic fee of for the entire course. The materials are provided by the academy and in the current course are two weavers of the movement who teach the classes.

Victoria Aracely Chex, one of the class instructors tells that: « Knowledge of our ancestors is those that are reflected in each tissue , that is why we want to preserve that legacy in future generations ”.

Victoria learned to knit with her mother when she was 12 years. At that time he learned broadly and little by little he perfected his technique.

The movement led by women

The IXKOT movement is made up of 13 women of Comalapa. At the tissue academy, so far, they teach two full courses per year, however with the pandemic things changed and in 2020 could only teach one course. They confirm that this year they plan to start classes in April

Photo description: Women in the yard of a house they weave by hand. (Credits: IXKOT Movement)

Making a fabric can take between 1 month and a month and a half, depending on the time dedicated to it. Basic knowledge can be obtained in 3 months (12 classes). Classes are taught to children and adults. If you want to know more about them, you can follow them on their social networks .