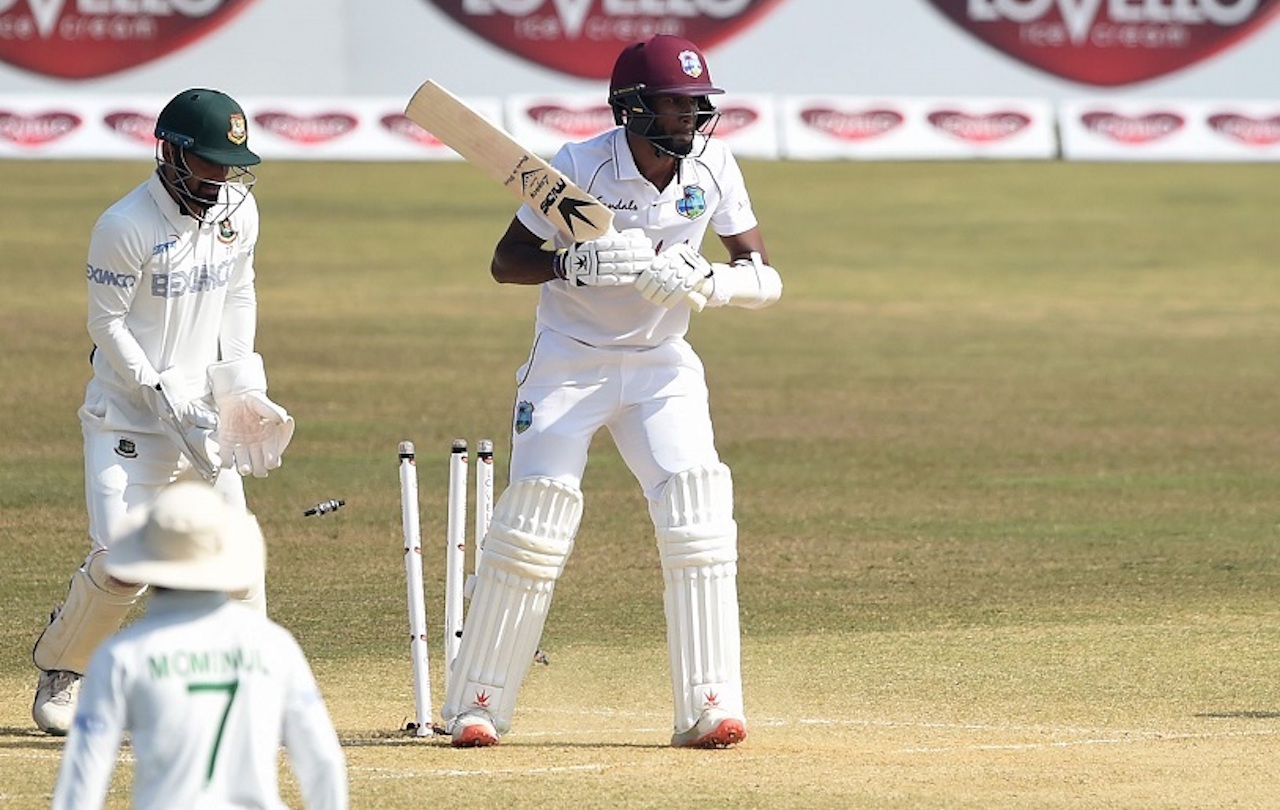 CHATTOGRAM, Bangladesh – West Indies conceded a dangerously large lead despite half-centuries from captain Kraigg Brathwaite and his deputy Jermaine Blackwood, but Rahkeem Cornwall stunned Bangladesh with two wickets in one over, as the visitors clawed their way back into the opening Test today. Brathwaite carved out an uncharacteristically, stroke-filled 76 while Blackwood was in […]