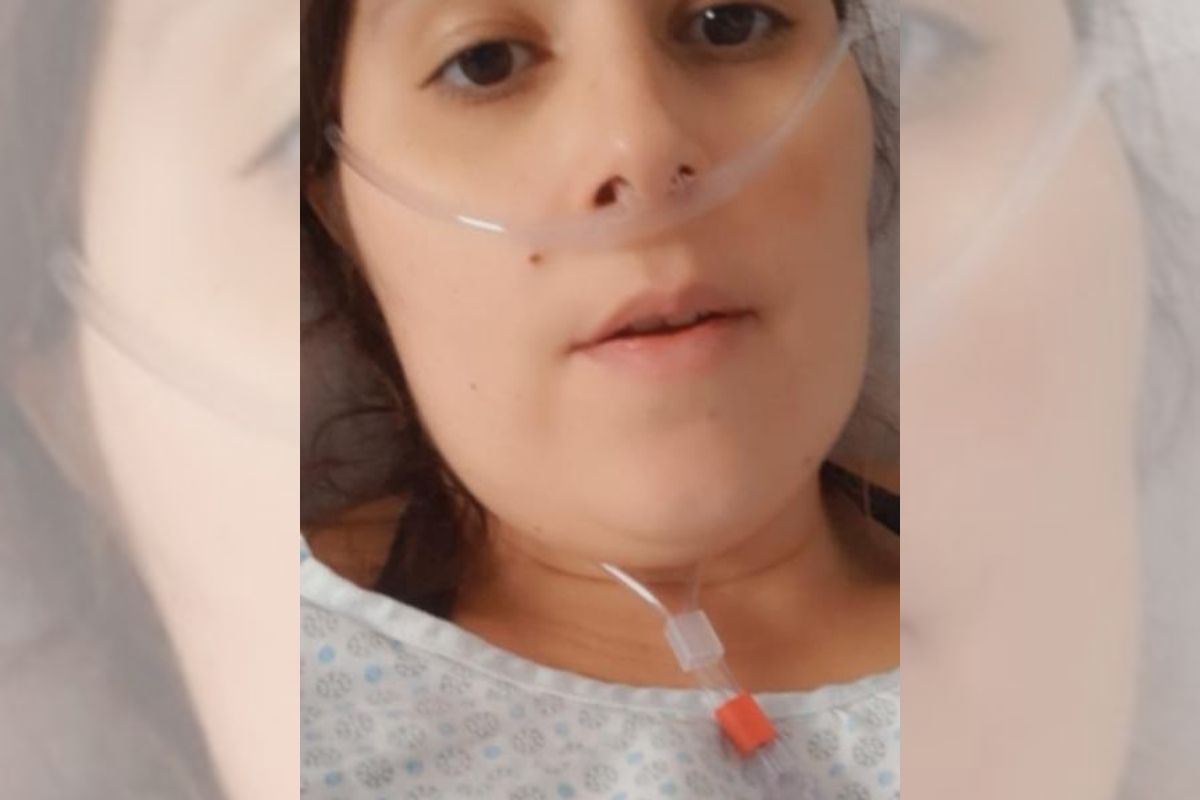 Healthy, without comorbidities and young , administrative assistant Paula Juliana Rodrigues da Silva, 36 years old, it took a scare to be hospitalized with 90% of the lung affected by the infection caused by the new coronavirus.

The resident of Pindamonhangaba, in São Paulo, spent eight days in an intensive care unit (ICU) to recover from Covid – 19. “If I had waited another day to seek help, I would not have survived,” he recalled in an interview with the portal Uol.

Paula said that, despite following the recommendation to wear a mask whenever she left home and at work, she underestimated the disease and came to believe that, if it were contaminated, it would have only mild symptoms . She believes that she caught the virus at work, where she let her guard down and removed her mask in the room where she lived with ten other people.

The symptoms started with pain in the body and became more intense throughout the isolation, with persistent cough, loss of smell and appetite, muscle weakness and difficulty in speaking and breathing.

Upon arriving at the hospital, Paula was referred directly to the ICU of Covid – 19. The administrative assistant was not intubated, but needed the help of non-mechanical ventilation to breathe. She recalls that she had panic attacks when performing the procedure, which she describes “as if you were in a very fast vehicle, put your face out and the wind came.”

“Today, every time I see someone complaining about the mask that we have to wear on the street, I comment: ‘wow, you didn’t see the non-invasive ventilation mask ‘”, account.

She was discharged from the ICU on February 8, when she was transferred to a regular hospital bed, where she spent three more days to finish recovering before returning home.

Three weeks after being discharged from the hospital, Paula says she still has difficulty walking, tremors in her hands and a lot of pain in the area where accesses were placed to draw blood and in her belly, where she took injections.

She started to follow cardiorespiratory physiotherapy and intends to seek help from professionals in other specialties for complete rehabilitation, including a psychologist. “There are times when I start to cry because I think that if I catch myself again, I will die. In my head there are no more mild symptoms, whoever catches it will die ”, he said.

Find out how the coronavirus attacks the human body:

The post To the 30 years old, woman is hospitalized with 90% of lung taken by Covid – 19 first appeared on Metropolises .