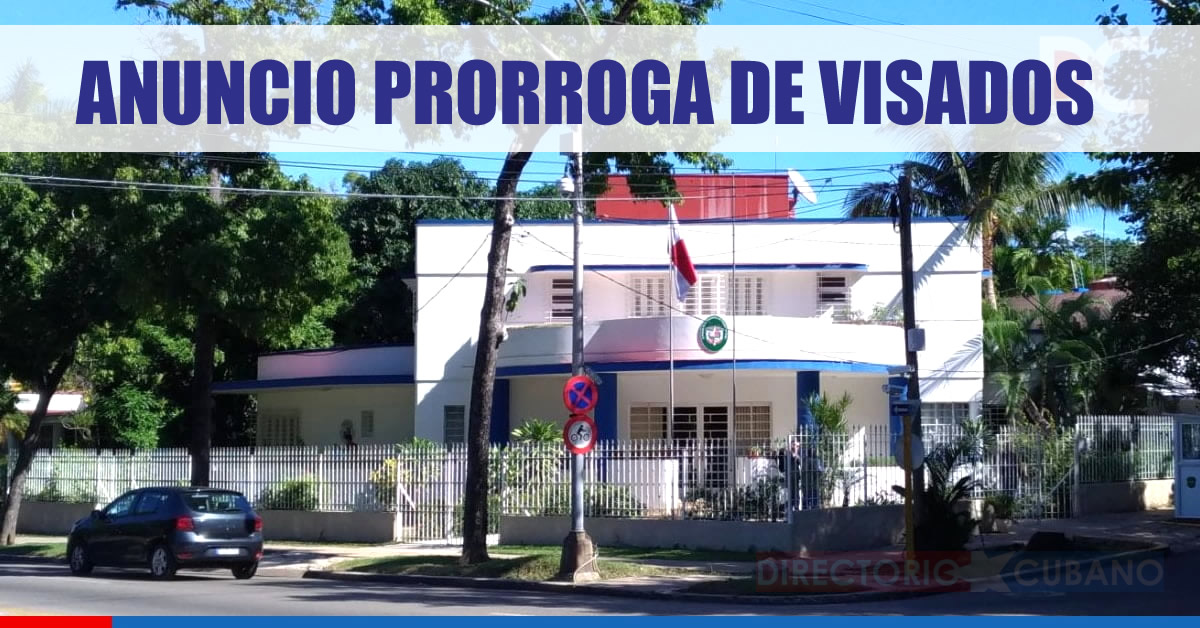 The Embassy of Panama in Cuba has shared important information for the Cuban community on the island related to the extension of expired visas.

According to the announcement published in all its official channels, under Resolution No. 636 of 27 January 2021, which extends non-resident visas until 30 June 2021, the Consulate communicates the following.

Only those people whose visas expired as of March 2020 and have confirmed tickets on the following Havana-Panama flights during the month of March:

From the Embassy of Panama in Cuba they report that the measures adopted “respond to the health requirements for COVID – 19 that prohibit crowds. ”

The opening hours will be Monday and Wednesday, from 2 pm-3pm.

Very important! The procedure is personal. Third parties cannot be used to perform this service.

The publication of the Panamanian diplomatic headquarters on the island generated several comments. Due to its importance, we summarize some doubts and answers in case any reader finds themselves in these situations.

A user consulted: “my January ticket to renew was canceled. I changed the date to 10 June. Can I go pick up my new extension? ”

From the Embassy of Panama they responded: “Yes, you can obtain the extension, but you must wait for the attention of the scheduled flights for June to be announced.”

Question : I have an expired visa in 2020 and it is extended until on 31 January. In Copa I have an open ticket because in January they canceled it. Now I speak in Copa and they tell me that it does not have capacity until August, already in August I could not travel because the resolution is until 30 June 2021. What should I do?

Response from the Embassy of Panama: You must wait for the flight frequencies to increase. At the moment you do not need the extension since it is only until 30 June, and your ticket is for one later date.

Question : I would like some guidance. I have the extension until January 31, I wrote to the whatsapp found on the migration.gob.pa page asking if he had not been able to travel due to flight restrictions and they explained that he could do so before 30 June of the year in course so I rescheduled my ticket for June, can I go to the embassy to have my visa extended until that date?

Response from the Embassy of Panama: Only people who require an extension are being served and are confirmed on the March flights 2021 (see the announcement). You must wait for attention to be announced for the flight on which you are scheduled.

Question : My Visa expires this 20 March, also Copa canceled my flight on 19 April for covid issues _ 19. Could I renew my visa today, taking into account these two conditions?

Response from the Embassy of Panama: At the moment, visas are not being renewed at the Consulate. You must do it through a lawyer before the National Immigration Service in Panama. 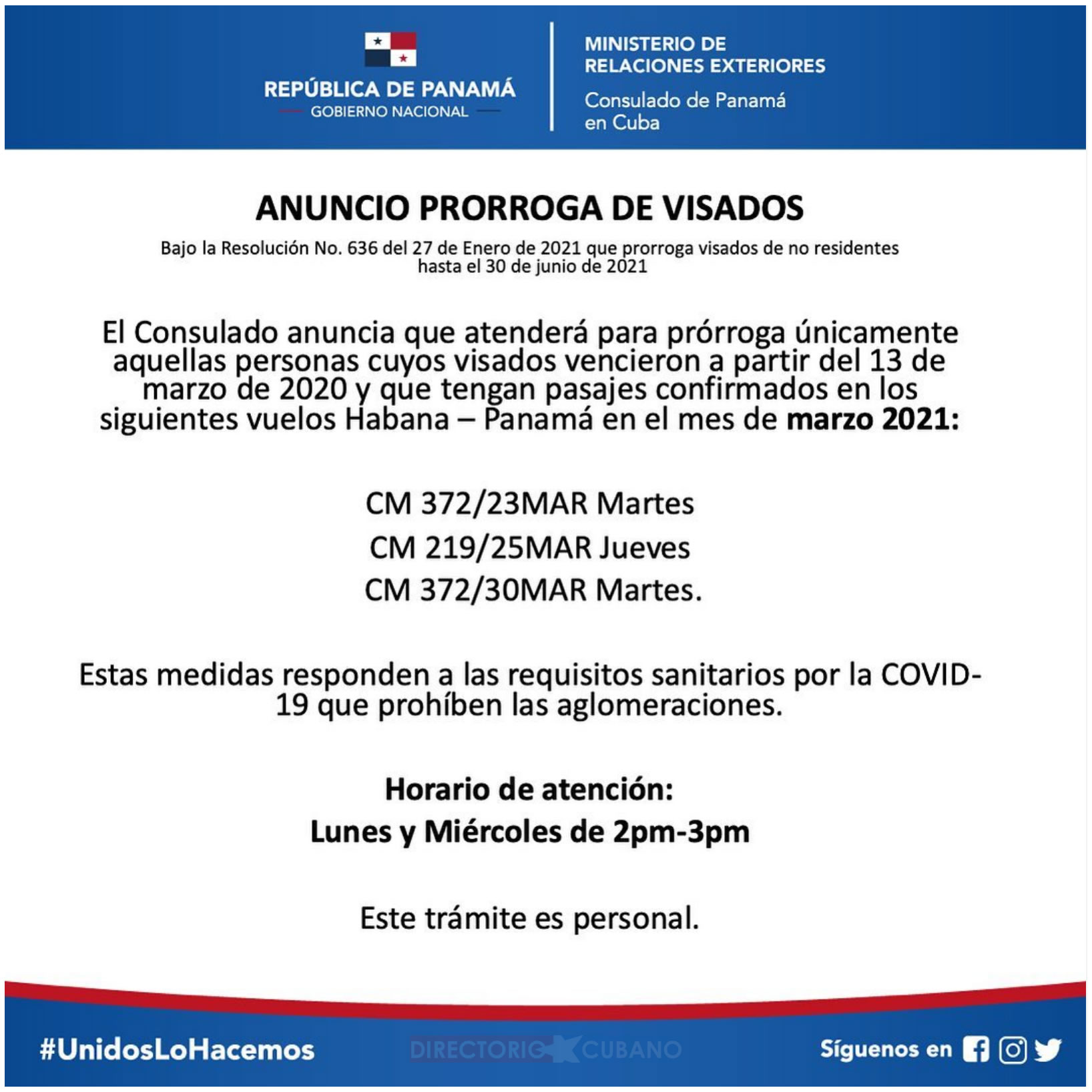 Previous Post
Prague has an agreed vaccine to launch its vaccination center
Next Post
Vlasic scored in the Russian league derby, but lost to the great Lovren