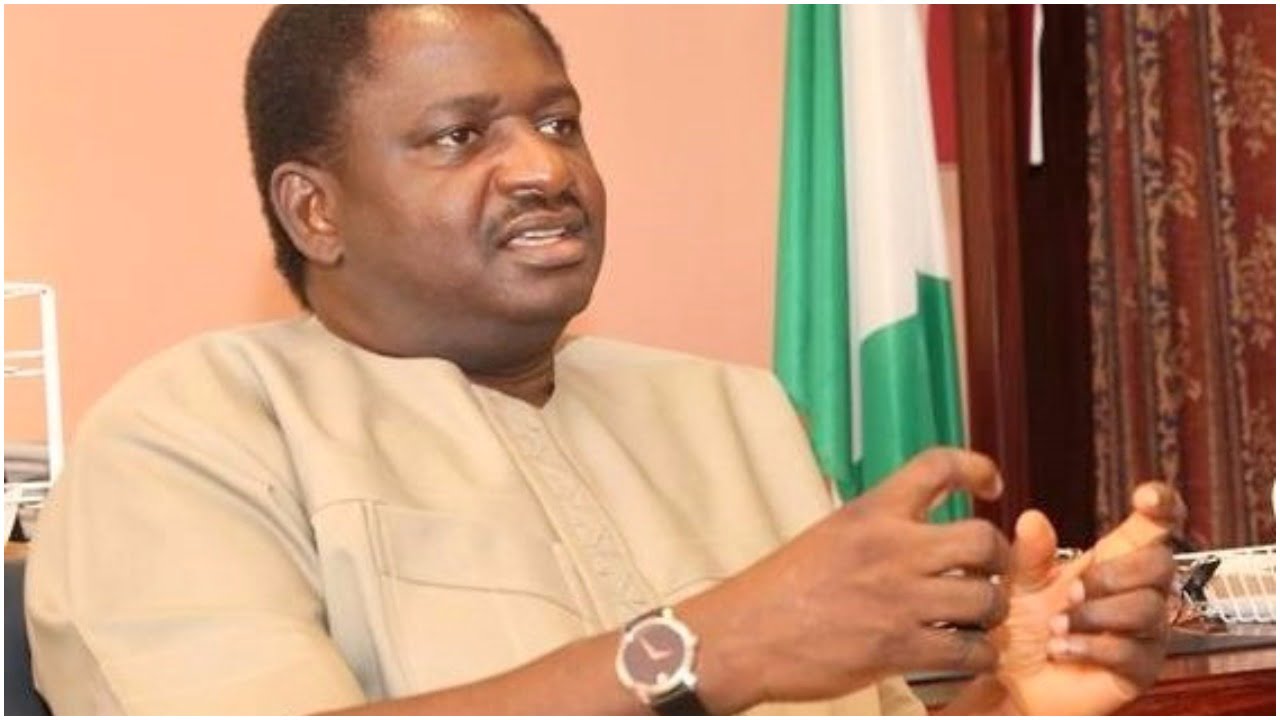 Ohanaeze Youth Council (OYC), the apex youth wing of the Igbo socio-cultural organization, has called on President Muhammadu Buhari to sanction his Special Adviser, Media and Publicity, Femi Adesina, over alleged insubordination, following his meeting with a decedent group, who were restricted to meet President Buhari on Monday,15th March at State house.

OYC, in a statement signed its President, Igboayaka O Igboayaka and issued to DAILY POST on Wednesday, urged the President to quickly sanction Femi Adisina to avert what he described as ethnicity crisis in Nigeria, reiterating that Femi’s attitude is a show of high level of insubordination to President Buhari.

But, according to the Igbo group, “the visit to the State House by the group has demonstrated that the intent of the group is simply to assemble group of people for sole aim of visiting political office holders in Nigeria just to extort money from the unsuspecting persons in the name of Ohanaeze Ndigbo.”

“An Igbo group, which her intention is to build Alaigbo must first design a program and roadmap on how safe Alaigbo is from political and economic backwardness, but the so called Ohanaeze Ndigbo General Assembly Worldwide perambulating in Abuja are mere political Halleluyah group looking for their belly.”

OYC restated that Ndigbo have become more united in Ohanaeze Ndigbo since the emergence of Prof. Amb. George Obiozor, whom it noted, was massively voted into office on January 10, 2021, to lead ndigbo for the next four years.

OYC used the medium to warned a faction of group with name as called “Ohanaeze Ndigbo General Assembly Worldwide” and other groups of Igbo extraction junketing at various Government offices in Abuja because of 2023 election, not to swallow their teeth in the course of looking for what to eat from politicians.

Ohanaeze youths disclosed that shortly after the emergence of Prof. Obiozor as the new President-General of Ohanaeze Ndigbo, it had appealed to all aggrieved groups and individuals to sheath their swords and work harmoniously with the new leadership-led Professor George Obiozor.

The group commended some of the aggrieved group of persons whom he posited had embraced the present leadership and called for more cooperation and support, but drew a battle line with the rebels.

“OYC wants to state clearly that many aggrieved groups and individuals have adhered to our plea and, therefore, have dropped their differences and keyed into Prof. George Obiozor’s administration.

Any group or individual that antagonizes Ohanaeze Ndigbo led by Prof. George Obiozor are those who see Ohanaeze Ndigbo as a Personal Company; a means through which they can be able to enrich themselves while Igbo land lies in ruin, and those groups or individuals should earnestly expect the wrath of Igbo youths at due time”.