The beauty of the day: “A day of celebration”, by Fanny Brate 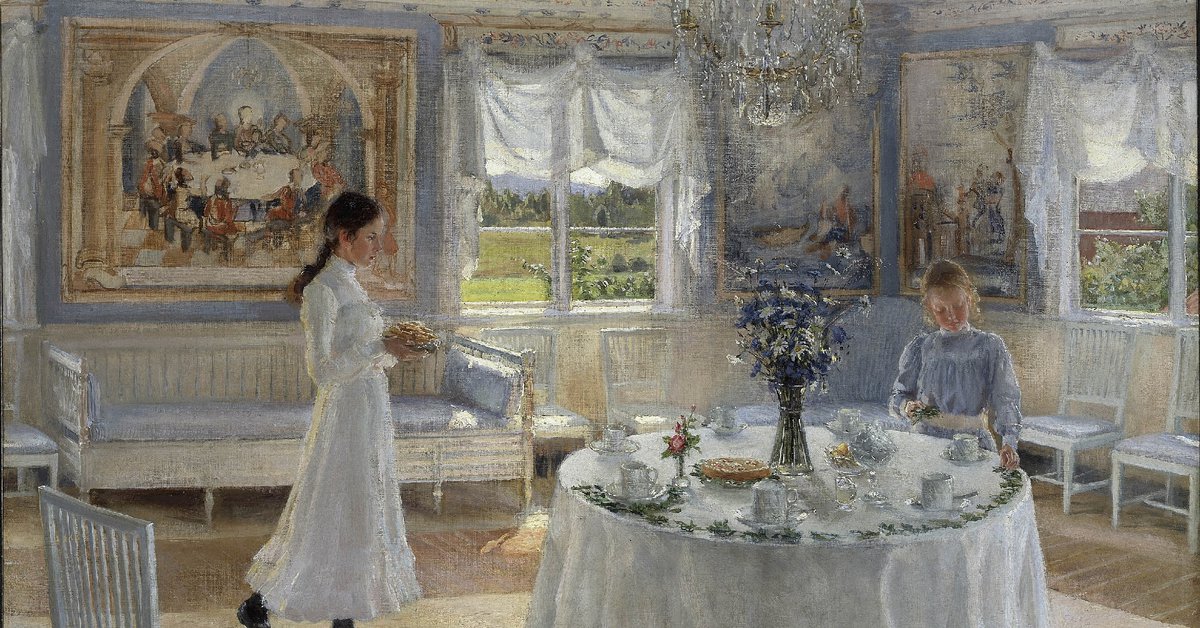 In the late 19th and early 20th centuries, the world was something new: huge cities, people everywhere, railways, factories, the idea of ​​progress in its most bombastic state. For many painters, the best thing was to go out into the streets, tour countries and paint grandiose scenes.

Not for Fanny Brate , who took the exact opposite path: he decided to portray the domestic environment, the silence of houses and the smiles of children.

One of the most popular paintings in the Swedish National Museum is by Brate and is titled A Day of Celebration : an oil on canvas painted in 1902 of 1100 centimeters wide and 880 wide.

It is in the largest art museum in Sweden, in Stockholm, next to 16 thousand paintings and sculptures, 30 a thousand handicrafts and a large graphic collection, and notable names in art history such as Pietro Perugino, Frans Hals , Édouard Manet, Alexander Roslin, Ernst Josephson and And ers Zorn .

Brate was born in Stockholm in 1862 under the name of Fanny Ingeborg Matilda Ekbom . His father was John Frederic Oscar Gustaf Ekbom , who worked for Prince Carlos , and Henriette Alexandrine Dahlgren .

At 18 years she was accepted into the Royal Swedish Academy of Arts and at 25 married the runologist (philologist specializing in Germanic languages) Erik Brate . They had four daughters: those portrayed in the painting and Ragnhild and Ingegerd.

In One day of celebration , the artist photographed two of her older daughters, Astrid and Torun, on the farm family in Bergslagen.

“The picture combines the turn-of-the-century dream of a happy childhood, the Swedish summer meadow flowers and stately romance, and the origin of today’s brilliant national interior design ideal ”, reads the description next to the painting in the museum.

It is his best known work, but he has several more very interesting ones, such as Girl at the window and Hidden. Brate also illustrated children’s books and in 1885 received a Royal Medal. His postcards of family intimacy give an insight into the lifestyle and interior aesthetics of the Swedish bourgeoisie in the late 19th and early 20th centuries. For this reason it represents an enormous cultural value.

With the marriage he stopped painting as often as he did and began to dedicate himself to being a patron of other artists. He knew a lot about the art market and felt he had a lot to offer and help. And so he did.

His influence on 20th century Nordic painting is undeniable. He died in 1940 in Stockholm. Three years later, the National Museum organized an exhibition in which 126 were exhibited works of his authorship. Since then, he has been among the most important painters in his country.

Previous Post
‘It’s not right’: Taking on a mining giant, dead cattle, and a house in a haze of dust not what this grazier wants
Next Post
Blailey flirts with the audience of Socotra and talks about the nickname “Ashour the Tenth”