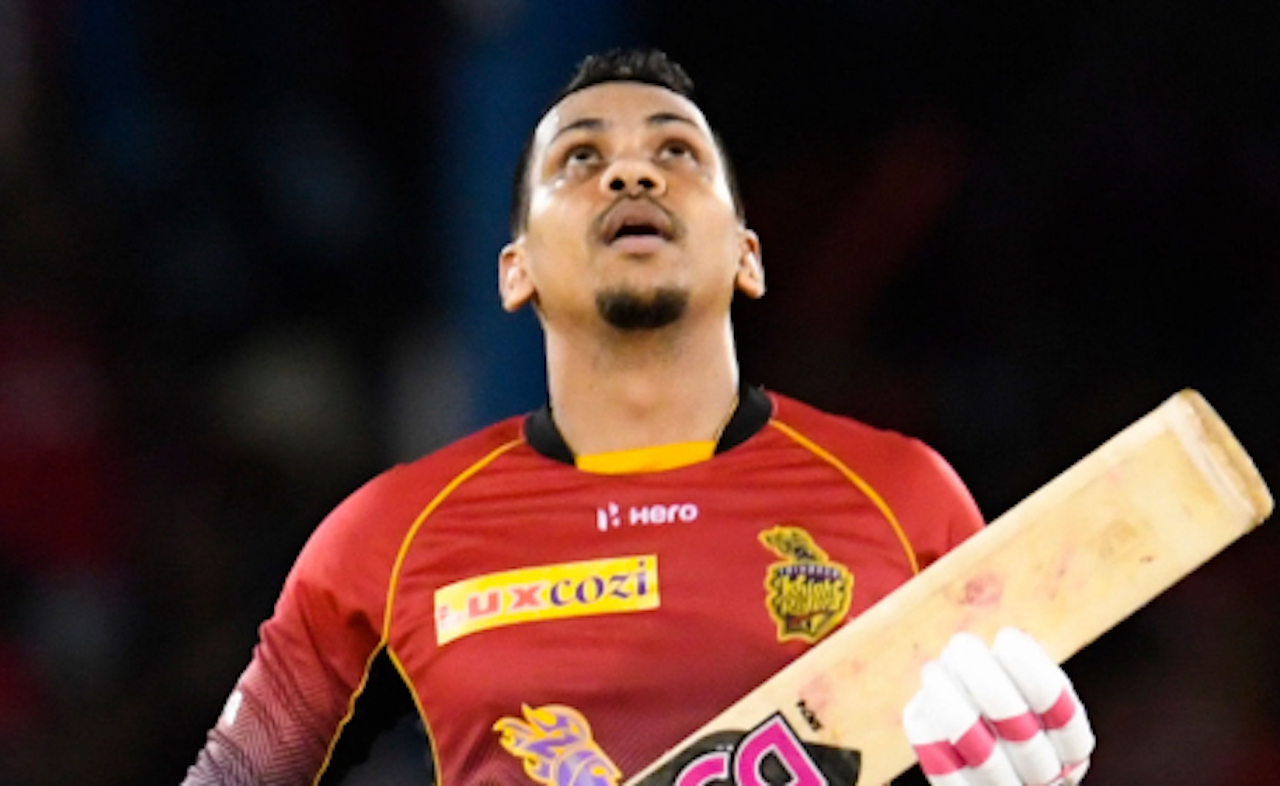 Sunil Narine is lingering. Narine, explained the West Indies chief selector Roger Harper ahead of the series against Sri Lanka for which he was not considered, had indicated that he was “not ready” to return yet to international cricket.

Not ready because last October his action was reported once again, during the IPL. As is the practice in some T20 leagues, he was placed on a “warning list” that would allow him to continue bowling until and if he was called again, whereupon he would be banned from bowling.

Unhappy with him dangling in this quasi-purgatory, where he could bowl but with the knowledge that one delivery could see him banned, the Kolkata Knight Riders decided to fight back. They sent slow-motion video footage of his bowling from the game in question to a tournament committee on suspect actions, made up of two former cricketers, a former umpire, a board administrator and approximately zero human movement specialists or biomechanists. They viewed the footage with “the naked eye” from “back and side angles” and came “to the conclusion that the elbow-bend appears to be within the range of permissible limits”.

Two things about this occasion are worth noting. One, the umpires reported concerns with all of Narine’s 24 deliveries from the game, which is not often the case. Usually specific types of deliveries are highlighted by the umpire, with details of when they were delivered.

Two, unlike in international cricket – leagues have their own protocols for suspect actions – Narine was not sent to a lab for an independent assessment of his action. There he would have been required to replicate his match action in front of sports scientists and have it rigorously tested by all manner of hardware and software before it was deemed legal or illegal. Narine was tarred by the naked eye of the umpire and subsequently cleared by the naked eye of non-specialists, which, as a method, seems to have bypassed entirely the advances in modern science in the 21st century.

Since the pandemic began, the more thorough ICC-led process of assessing actions has not been available even in top-flight international cricket – it being difficult to ensure all those reported can travel to labs. If a bowler were to be called in a bilateral series tomorrow, their action would be judged by an expert panel on video footage alone. This panel could have on it people who run the testing labs, but it’s still only video footage they’re looking at. So it’s entirely understandable that Narine doesn’t feel ready right now. The IPL has been his main gig for some time and if he’d played international cricket before it, been reported and his action found illegal, under the regulations he would not be able to play in the IPL.

More or less, this is where Narine has been – not feeling ready with his action – and in this lingering pose ever since he was first reported in the Champions League in 2014 – twice in a matter of days. He has been reported four more times since. At various times he has been banned from bowling in international cricket, banned from bowling offbreaks in the IPL, and placed on warning lists in the PSL. Each time he has corrected his action and returned; sometimes, as ahead of the 2015 IPL, he had to be cleared twice by different labs, just because.

But at each moment the effect has been to force him to retreat a little further from the game itself. He missed the 2015 World Cup because he wasn’t sure of his action. Ditto the following year’s T20 World Cup and the World Cup qualifiers in 2018. He has only played 12 international matches since 2017, and since September 2019 only two CPLs, one IPL and a bit of the Super50. It’s become real life Whac-A-Mole: here he appears, hoping not to get called, there he goes, here he appears again.

The real-deal Narine is long gone, the man with the game’s best carrom ball, the man who had not a doosra but a post-doosra, who was not only the next level in offspin evolution but who looked like he was deconstructing, cherubically, the very idea of offspin.

Bureaucracy neutered Narine, not a witch-hunt. The ICC’s clampdown on suspect actions in 2014 was a triumph of the former, dousing the charged idea of chucking as a moral failing. In the process, though, it took some of the humanness away from the process of dealing with it. Vicon cameras, human-movement specialists, standardised testing protocols, accredited labs, boxes ticked, reports compiled; suddenly, illegal actions were an infomercial.

Historically cricket dealt with chuckers by lynch-mobbing them out of the game. Now it chose to be the pre-recorded voice down the end of a phone, politely informing bowlers their actions were outside the parameters of legality and to take up any complaints with an entirely different department that is experiencing a busy period and may not be able to respond to your query immediately. Or ever.

Perhaps it was necessary, given that we weren’t long out of the fires that nearly consumed Muttiah Muralitharan’s career. But because offspinners who could bowl doosras became the biggest victims of this clampdown, it also stopped dead in its track whatever evolutionary jump offspin could have taken, with someone like Narine at the forefront. Certainly in white-ball cricket, deprived of an essential variety, offspin has not been the same since.

There’s much less of it overall, for one. Comparing a similar span pre- and post-clampdown (from the start of 2009 to the end of 2014, and then the start of 2015 to the end of February this year) the percentage of balls delivered by offspinners in ODIs has fallen from 20.55% to 15.04%. Legspin has doubled, slow left-arm has fallen slightly, and left-arm wristspin has increased 52-fold. Three offspinners in the first period took 100 ODI wickets but none did in the second; 12 took 50 ODI wickets in the first, only five did in the second, three of whom are allrounders.

The overall ODI average for offspin bowling has jumped from 35.42 to 41.31 since 2015, as has the strike rate, from 45.11 to 49.68. By contrast, legspin’s corresponding numbers have trended downwards. The fall in these metrics in T20s are not nearly as pronounced but that is against a backdrop of significantly less offspin being bowled in the first place – and much of that is bowled by allrounders: 15 of the 18 offspinners who have bowled at least 1000 balls in ODIs since 2015 are allrounders.

Six years on now, we can sense something more has been lost beyond what this data shows. Trends can be cyclical, so offspinners may become important again, particularly in T20s. But not knowing where it could have gone had Narine and others continued, how the balance between bat and ball might have tilted, how the game might have developed, is a loss difficult to calculate.

Many will argue that these bowlers contravened a law, but the thing about bowling actions is that the more you learn, the less you know. We still know very little, for instance, about intent in elbow straightening, or how injuries impact it. We know even less about causation: between elbow straightening and speed or greater revolutions, or its impact on the doosra, or whether straightening is an advantage at all.

Allowing 15 degrees of elbow straightening is not an entirely arbitrary cut-off limit between what is legal and isn’t, but it does lean heavily towards being an aesthetic one. The game feels it looks odd beyond 15 degrees, that it is throwing. And yet, there’s a study co-authored by renowned sports scientist Tim Noakes that concludes that it is actually impossible for an umpire to conclusively call a bowler’s action based only on naked-eye observation. The internal whirring of the elbow and even its external motions, the study says, are simply too complex to process through a pair of eyes.

Indeed, if you look really hard, 15 degrees can feel no sturdier than a bandage tasked with holding back a world of biomechanical truth bombs from bursting out and dropping themselves on long-held myths about straight-arm bowling.

The pandemic has made life harder for Narine. As well as not having access to a testing centre for detailed analysis of his action, he has not been able to work with Carl Crowe, his long-time coach, as often and as regularly as he might like. It’s almost like he’s working blind on rectifying whatever needs rectifying on the action.

But – and this is the thing to cling to – Narine is still around, lingering but definitely around. Is there another bowler who has been reported as often who is? Mohammad Hafeez maybe, though he’s primarily a batsman.

Every ball Narine has bowled in the six years since being first reported, he has bowled under a magnifying glass not placed over any other bowler. That’s just the nature of how this works: that the more you get called, the more umpires scrutinise your action and, perhaps, are inclined to call you. Both franchise and bowler expressed surprise when Narine was called at the last IPL. Suggestions that the umpires might have decided pre-game to report him are unfounded, but they’re not outrageous. To bowl under that kind of pressure, in a format where every ball potentially carries the game with it – well, the wonder is that it hasn’t broken Narine yet.

It’s changed him, sure. He’s not a strike bowler anymore but he’s still brought control to his teams. Most counterintuitively, he has become a mould-breaking, pinch-hitting opening batsman, and last season in the IPL, he was even teasing more shades in his batting.