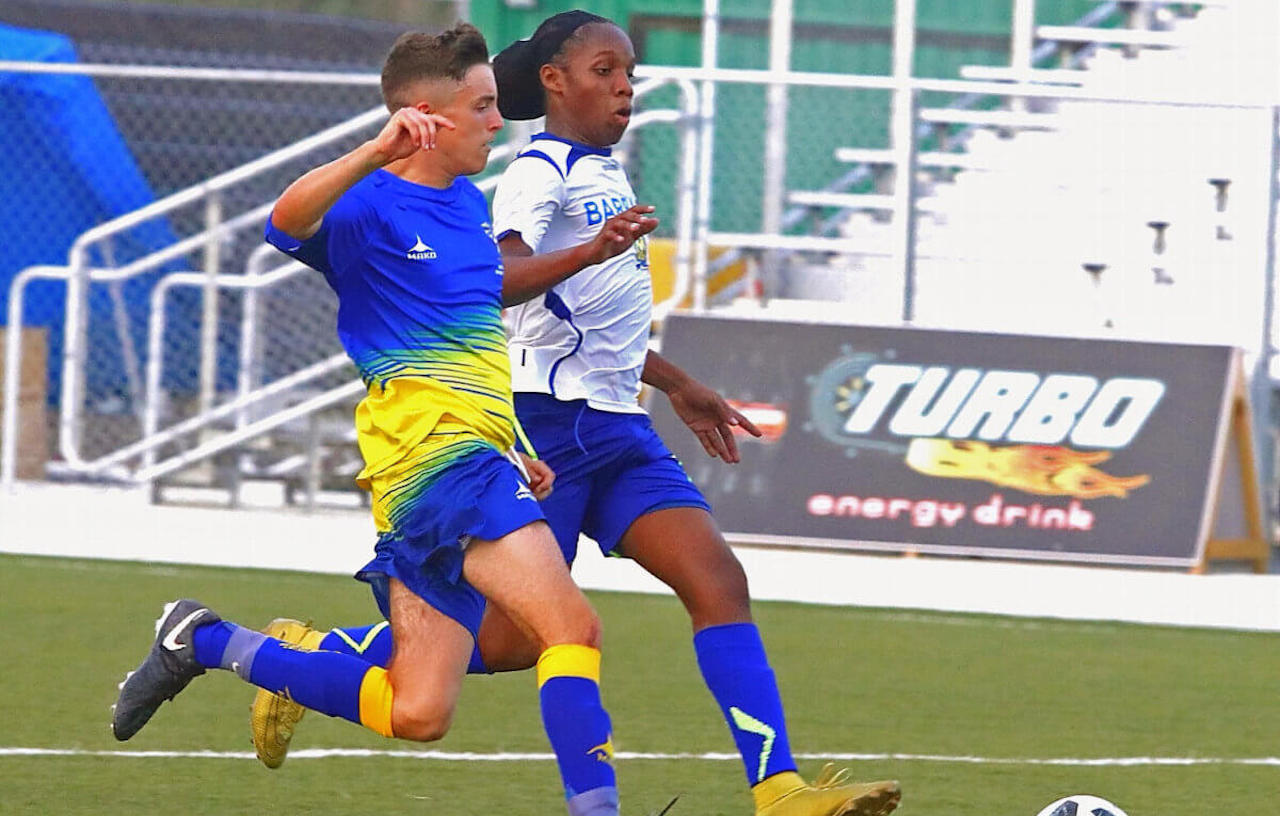 Abiola Grant has fulfilled his boyhood dream of being a professional football player and is the second Barbadian in the space of a year to secure a contract in Hungary where he will turn out for Kolorcity Kazincbarcika.

The 18-year-old Grant who began playing football at the age of five described his professional contract deal as a fantastic opportunity.

“This is fantastic for me. It is something I wanted from the time I was a little boy. I started playing football at five years old and my main goal was to be a professional footballer. I always dreamt to be one and I finally made it.

One of the young talented left-wingers in recent times for Barbados, Grant has had an outstanding junior career for Barbados. Before that, he represented his alma mater Alexandra in the Barbados Secondary Schools Football League competitions in several divisions.

He also came through the ranks of Pro Shottas Football Club at all levels where he has won many championships including the coveted Barbados Cup tournament.

Born and raised in the City of Bridgetown, Grant credited his father Ricardo Grant and family – who love sports – for keeping him inspired and motivated on his football journey.

“I am a young boy and sometimes I would get lazy and a little relaxed. With the type of father I have, he played a very big role in my life. I don’t want to say it but if I didn’t have my father – not saying I wouldn’t be a professional football or achieve my goals – but I don’t think I would have achieved my goals as fast as I did.

“The person that he is, he keeps pushing me. Right from the start, he was there for everything. My football journey from the start has been because of my father and I am really thankful for that,” Grant said.

He added: “What is also interesting is that my mom signed me up to play football in school. At first, he didn’t want me to play because I was too small. But things turned out for the better, so I still have to give my mom credit as well.”

Grant is now in the European country where fellow Barbadian and senior national striker Thierry Gale is based with his club Budapest Honvéd.

In the football world, Grant and Thierry are inseparable. They represented Pro Shottas at all levels and also Barbados at Under-15, 17 and 20. Grant thanked Thierry for paving the way and allowing the world to see the talent Barbados has to offer.

“I have to give Mr. Gale a lot of credit. Thierry Gale, I have to give a special thank you because he was the one that went out there and showcased himself. He showed the world what talent we have back home in Barbados. I would say Thierry paved the way for other players in Barbados.

“The more players in Barbados to get contracts would attract more scouts. They will be looking into Barbados because the more we achieve the good stuff, it would make a lot of people look into Barbados and see that we have talent here,” Grant explained.

A member of local club Empire, Grant having secured this new deal with Kolorcity Kazincbarcika said he has received a warm reception from the club.

“I have only been here three weeks now and I love the guys. From the time I walked through the door, the love and appreciation I am getting from the club is unbelievable.

“Every single player is fantastic and the guys give me a lot of help. Everything I want done the guys do for me because I am new. But now I am understanding the town and getting more accustomed. The guys, coach, everyone is great. They made me feel at home from the first day I stepped through the door,” Grant said.