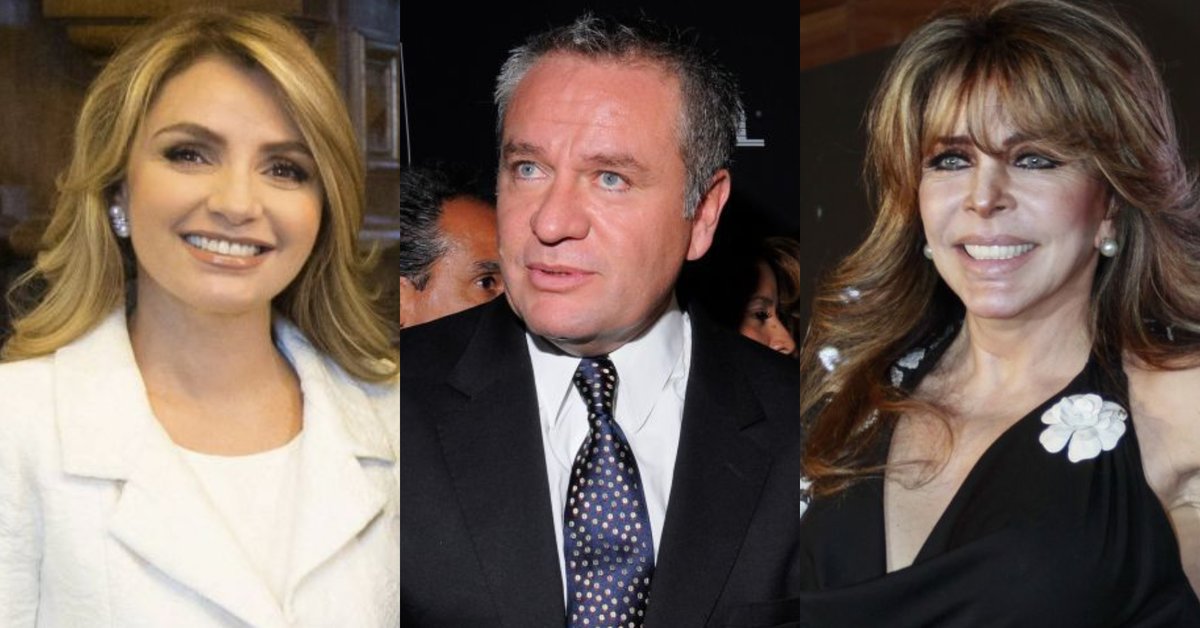 In full preparations to start the recording of the telenovela La desalmada starring José Ron and Livia Brito, the producer of the melodrama, José Alberto El güero Castro was approached by the press to question him about two very important women in his life, who did not have appeared in the frame for several years.

The director referred to his ex-wife and mother of his daughters, Angélica Rivera, to whom she claims to have a deep affection beyond the bond that unites them familiarly , and told reporters that the possibility that the call Seagull return to the recording forums is still far away.

Given the rumors of reconciliation with his former partner, with whom he was seen in the past months While walking with his daughters in the United States, the producer assured that will always have a close relationship with her because it is and will be part of her life . So said the güero Castro:

very good, as far as I know it is very good, the communication I have with her is always based on the lives of our daughters, which is what unites us and I see her spectacular, I see her very well, very beautiful, very good, I It’s nice that I’m very well ”, he answered the question of media reporters such as Drop the soup and In shock .

The producer of Televisa also highlighted the acting talent that Rivera has shown on the small screen: “She will always be the mother of my daughters, and with her I will always have a close and respectful relationship, she is a woman to the one that I respect, love and admire a lot throughout my life, ”he added.

Regarding his rumored return to telenovelas, Castro assured that the former first lady of Mexico still does not have a project at the door and ruled out the possibility of being him who in invited her to be part of of one of his projects, and also dismissed the rumor that she would participate in a special role for a chapter of La heartless.

I believe that soon she will be able to return to work, if I had in my hands a character, a story suitable for her, I would not hesitate to invite her, I would not hesitate, the truth would be something that would give me great pleasure, she is a woman who has a lot of talent and I hope that she will return soon, it does not have to be with me, I think soon will have a project that is worthwhile for her and that she can carry out

Regarding the issues that darken the reputation of Angélica Rivera, such as her scandals due to corruption, illicit enrichment and conflict of interest in cases such as the so-called “White House”, the güero chose not to comment on anything:

I see it very well, the truth is that it would not correspond to me to touch the subject, they are subjects that they do not correspond to me, I see her very well, I know that she is calm, and the rest, of gossip … it is like what they ask me about other people, I do not like to get into that, or enlarge it because It’s not my personal life. does not have a television story designed for her. On the other hand, he stressed that in the field of health, the veteran actress is very well and keeping confinement against the pandemic.

“Verónica knows that if she always calls me puddle, I jump, but we would have to find something particularly for her. They are special circumstances and having Veronica on screen would be wonderful . She is very well, she is in good health, she has been very careful because the pandemic has been very special for everyone and each people has taken the precautions they believe should be, in fact she is saved , I have not seen her physically for a year, we talk a lot, but we have to take care of ourselves “, concluded the director.

Previous Post
‘The Kimberley in its finest form’: Tourism operators’ joy over bumper wet season
Next Post
Karag .. 7 aftershocks were recorded in Bejaia