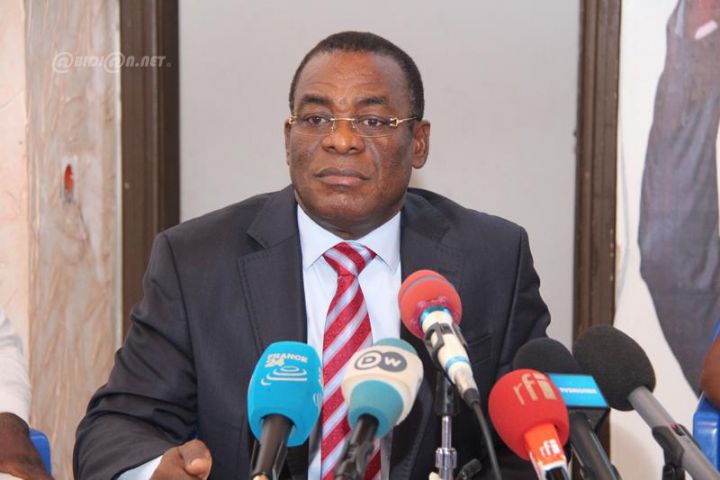 The disappearance of the Ivorian Prime Minister Hamed Bakayoko known as Hambak “obliges us to take the risk of national reconciliation”, estimated Wednesday in Abidjan, Pascal Affi N’Guessan, the president of the legal tendency of the Ivorian Popular Front (FPI , opposition). He was speaking at a political tribute ceremony by the Rassemblement des Houphouëtistes pour la democratie et la paix (RHDP, ruling party) and political parties to the late Ivorian Prime Minister Hamed Bakayoko at the Alassane Ouattara stadium in Ebimpé, north of Abidjan. This ceremony recorded the presence of several personalities including the interim Ivorian Prime Minister Patrick Achi, the former Minister Marcel Amon Tanoh, the Cameroonian international footballer Samuel Eto’o as well as the four children of the late Hamed Bakayoko. “For my part, I have a conviction. The one that his disappearance (Hambak) forces us to remain faithful to his spirit of dialogue. It forces us to find the path to unity. It forces us to take the risk of reconciliation ”, indicated Mr. Affi, estimating that“ it is in fact the most beautiful tribute that we could pay him ”. According to the president of the FPI, who says he was struck with astonishment at the news of Hambak’s death, he “was animated by a sincere spirit of reconciliation”. In the same vein, David Mebra Koné, the representative of Ensemble pour la democratie et la Sovereignty (EDS), an Ivorian opposition platform which says its political referent is Laurent Gbagbo, praised the openness of the late first minister. “The presence of EDS at this ceremony is proof that Hamed Bakayoko transcended political differences. He is a man of consensus, a man of openness, a man of compromise, ”said Koné. For his part, Adama Bictogo, the executive director of the RHDP promised the illustrious disappeared that his party, the RHDP of which he was one of the vice-presidents, will watch over the Ivorian presidential couple and their children. “The RHDP will oversee the execution of the missions that President Ouattara had entrusted to you. The RHDP will remain standing because your memory commands us, ”assured Mr. Bictogo, who also stressed that the late Hamed Bakayoko was“ beyond political rumors and fantasies, the cement of brotherhood in the RHDP ”. This tribute ceremony by political parties to the late Prime Minister Hamed Bakayoko, which mobilized thousands of people, was followed by a concert scheduled until the early hours of the morning. About sixty local artists and several international stars including Koffi Olomidé, Dadju, Maître Gims, Fally Ipupa and Vegedream are announced at this concert. Ivorian Prime Minister Hamed Bakayoko died last Wednesday in Germany from a dazzling cancer at the age of 56 years. He will be buried next Friday in Séguéla in the north-west of Côte d’Ivoire where he is from. LB / ls / APA