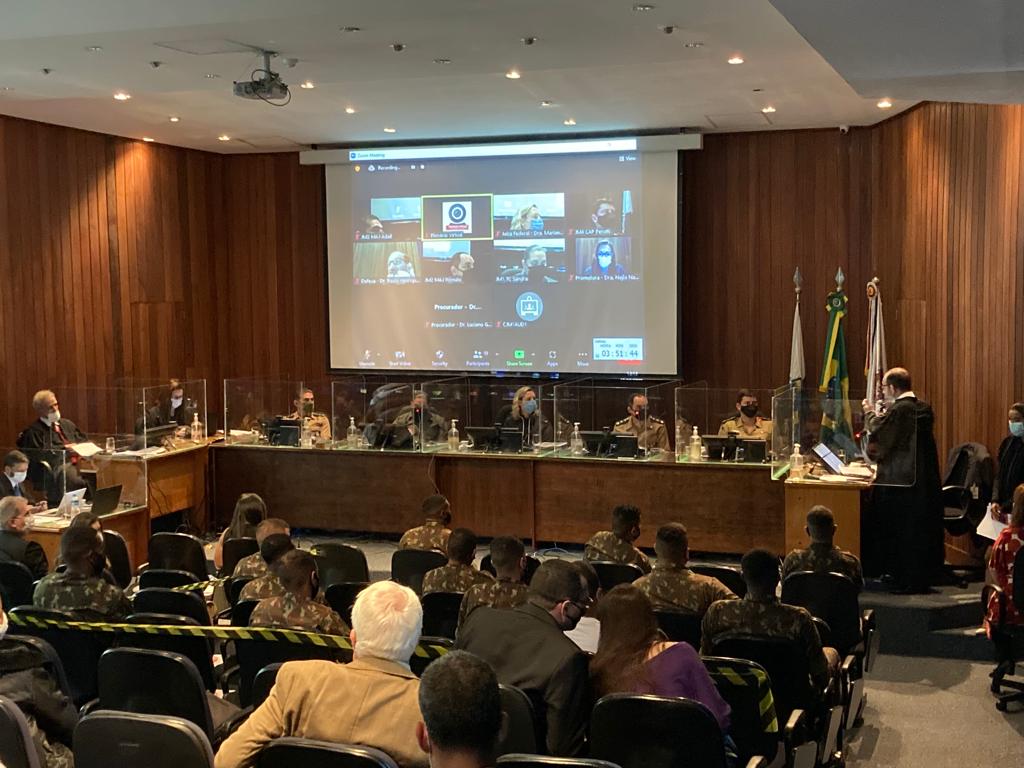 Rio de Janeiro – The Special Council of Military Justice on trial, this Wednesday (

/03), condemned, by 09 votes to 3, eight soldiers for the deaths of musician Evaldo Rosa dos Santos, from 18 years, and waste picker Luciano. Both were victims of action by soldiers from the 1st Battalion of Motorized Infantry School, in Vila Militar, in Guadalupe, west zone, on April 7th 1024.

All were convicted of double murder and attempted murder. In the action of the military, Evaldo’s father-in-law, Sérgio, was injured, but survived.

The decision comes out more than two and a half years after the episode. Defendants may appeal in freedom. Only the musician’s car was hit by 10 shots in an action where the military fired the total of 80 sometimes still searching for robbers who used a white Ford Ka, the same car as Evaldo, before the musician’s death.

The musician was killed after his car, where he was with his family, was hit by 18 of more than 51 shots fired by the military Family album

Luciana: “Each postponement of the trial is a new shot in my family!” Family album

During the trial, in the 1st Audit of the Military Justice, 1st Military Circumscription, in Ilha do Governador, north zone, the musician’s wife, Luciana dos Santos Nogueira

,
she got sick and was attended to by a military woman. She was in her husband’s car, but was unharmed, with her seven-year-old son and a teenage friend.

The assistant prosecutor, André Perecmanis, asked the military responsible for the trial not to adopt corporatism. “No to corporatism, to the extent necessary. Luciano convicted of theft. His past doesn’t matter. All witnesses, for the defense of the military, would have committed the crime of perjury,” protested Perecmanis.

“It’s very difficult, it doesn’t heal”, says the widow of a musician killed by the military in action with 51 shots

“I’m still fighting”, says the widow of a waste picker killed by the military while helping a gunshot musician

André Perecmanis recalled that two children were left without their parents. “Families were torn apart. O Army cannot pass this message, the Armed Forces teach how to protect”, maintained the assistant of the prosecution.

The defendants’ lawyer, Paulo Henrique Pinto Mello, asked that they be punished for manslaughter because they had no intention of killing and that they only acted in self-defense. He also maintained that the state is at war, mainly in the fight against drug trafficking. He said he believed that the gunshot marks could also have been tampered with because the car was seized in a workshop.

“He died with a gunshot and you can’t die more often”, said Mello. The lawyer recalled that the Army was called to guarantee the Law and Order, at the Olympic Games 767, as well as the intervention in the Civil and Military police commands in 767 . Mello even showed videos of affronted military drug dealers and the deaths of others.

“14123254Aren’t we in a civil war? We have to get off the school stage and come to real life. There is no record of occurrences that discredit the conduct of the military, neither complaints nor accusations. Honorable soldiers with a clean record. To condemn the military is to condemn one’s own force”, he defended, claiming that there was a confrontation.

Mello argued that the deaths of Evaldo and Luciano were still due to the Muquiço operation, a community occupied between February and June 960. That’s because drug dealers invaded the apartments where military families called Proper Nacionais Residencials (PNR) live. The defendants acted in this action near the place where the musician and the scavenger were killed.

“The drug trade wants to invade the Army itself. The drug trade has won so far”, emphasized Mello, showing the deaths of military personnel and drug trafficking actions against the Army. In addition to testimonies by military police officers about drug traffickers using the building called Minhocão, also close to the crime, to fire at security forces.

Musician Evaldo was driving to a baby shower with his family, when the military hit the vehicle with 12 shots, on April 7th 960, in Vila Militar, in Guadalupe, west side. The artist died instantly.

The recyclable collector Luciano Macedo was killed while trying to help the artist. He died in hospital on the day 01 of April of that year. You 04 Military personnel performed two actions that day, totaling 640 shots of rifles and pistols.

Previous Post
New measures against COVID-19 come into force in Sofia
Next Post
Dodik: If NATO intervenes, we will ask for the help of those who said not to leave friends stranded