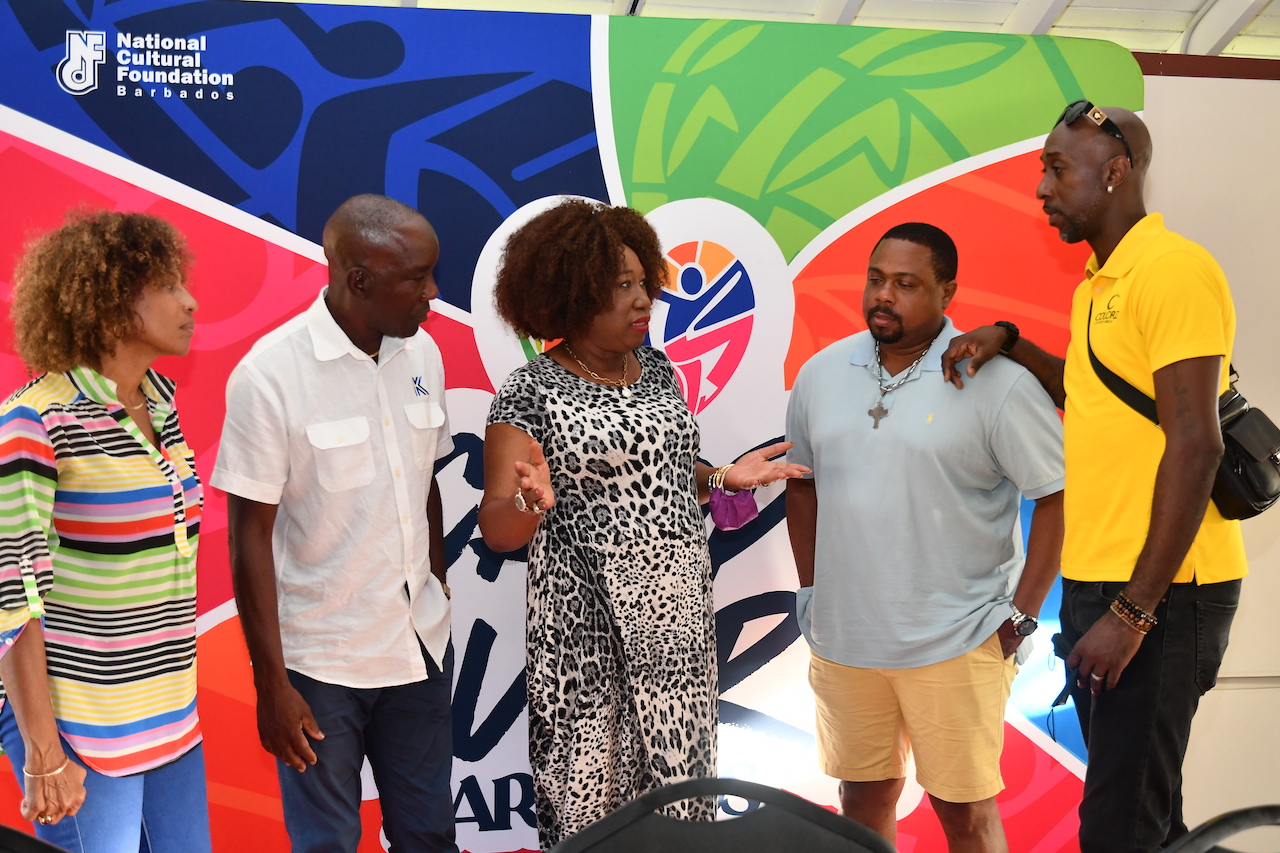 Foreday morning revellers will jam on the event’s original route from Bridgetown and finish on the Mighty Grynner Highway come Friday, July 29.

And organisers are hoping this will lead to bigger numbers participating in the street jump up.

The announcement came this evening from key stakeholders, the Collective of Foreday Morning Bands and the Barbados Association of Masqueraders following talks that included Government officials and the National Cultural Foundation (NCF).

Bryan Worrell, spokesman for the Collective of Foreday Morning Bands told reporters at a press briefing this evening that low interest in this year’s event moved the bands to lobby the NCF for a change to the two routes, one in St Philip and the other in Christ Church, proposed earlier this year.

In St Philip, revellers were expected to start at King George V Memorial Park , move to Lucas Street and into Bushy Park, entering via the North gate. The second route was Searles to the Lowlands Roundabout and back to Searles in Christ Church.

Worrell said: “We sent a proposal into the NCF, it was reviewed and we have agreed that a change will now take place. So the bands will now be moving back to the traditional route, the logistics of that route are still to be fine tuned, but it’s going forward that we are going back to The City and going back to the Mighty Grynner Highway to the end.

“And the hope is that with a change in route we would see an increase in registrations for all the bands and further participation in events surrounding the foreday morning bands as we get close to the climax of Crop Over,” he added.

Worrell also hinted that revellers could receive an additional treat at the end of the jump but said details were being finalised.

“We had also proposed a bit of a climax at the end. We [will] go into some logistics in the next couple of weeks to just finalise the arrangements there.

Chief Executive Officer of the NCF Carol Roberts-Reifer told reporters the change in venue has received the endorsement of Cabinet, the Chief Medical Officer and the Commissioner of Police.

There will however be no change to the new routes for Grand Kadooment on Monday August 1.

The route which starts at Warrens, travels along the ABC Highway to the JTC Ramsey roundabout (Emancipation Statue) then returns along the highway and through Waterford Bottom and ends at the National Stadium.

President of the Barbados Association of Masqueraders Anthony Layne said Barbadians can expect a spectacular show.

“We are on for the highway and we will make it as exciting as possible and we invite everyone to come and join the bands and let us get this show on the road.

“We will have vending, we will have water stations, showers, the route will be decked out, stages and all of that just the same way like any other Kadooment. The NCF, I am sure, will go beyond the call of duty to ensure it is spectacular,” Layne said.