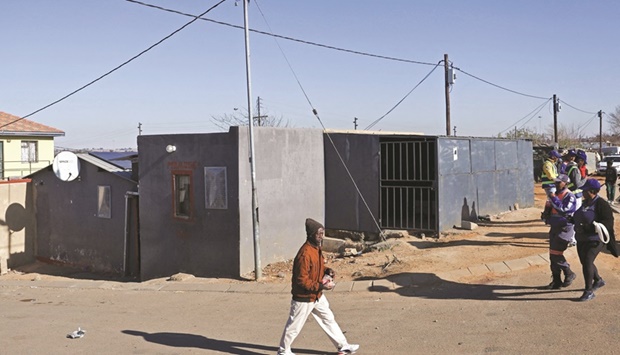 Police in South Africa said yesterday they have arrested two people in connection with one of two bar shootings that left a total of 19 people dead, in killings that shocked the nation.
The arrests came amid investigations into Saturday night’s shooting at a tavern in the eastern city of Pietermaritzburg, in KwaZulu-Natal province, where four people were killed and eight wounded when two men fired indiscriminately at customers.
The police ministry described the arrests in a statement as “a first step of bringing to book all those who orchestrated one of the country’s bloodiest weekends”. It did not provide any further details. Another 15 people — among them two women — were shot dead early on Sunday as they enjoyed a night out in Soweto township, close to Johannesburg, in a separate incident.
Lirandzu Themba, a spokeswoman for the ministry, said police believed those held were “linked” to the Pietermaritzburg shooting.


Powered by the Echo RSS Plugin by CodeRevolution.