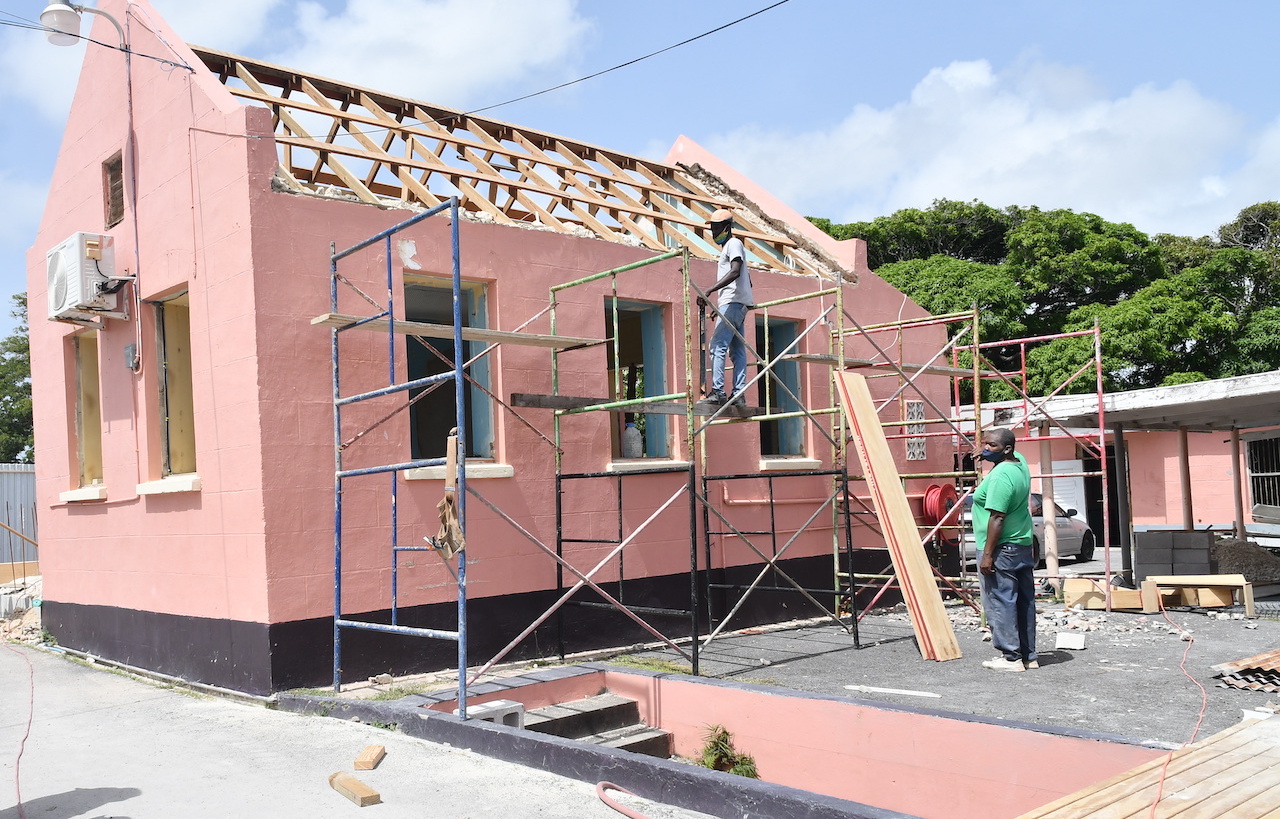 The Women In Action Network (WIA) is questioning why the Government Industrial School (GIS) is still using detention rooms with prison cell features.

During Tuesday’s tour of the $1.4 million renovation project at the GIS at Dodds, St Philip, Managing Director of Front House Designs Studio Raquel Thompson, in her capacity as Project Manager, explained that detention rooms at the reform facility would be equipped with prison grade furniture – that is, bed frames would be secured to the floor – and measures will be taken to prevent toilets in the room from being taken apart.

“It will still have a mattress, it will still have a sheet, they still are able to have pillows. So it’s just a measure so that a student or ward is not able to injure themselves. So prison grade might sound a bit harsh, but forgive my use of the term,” she had said.

But the WIA spokesperson, Tempu Nefertari questioned why the building, in its description, referred to punitive measures with respect to how the GIS wards should be treated.

“They have cells, what are the cells for? Is this a jail?” Nefertari said in an interview with Barbados TODAY.

The buildings at Dodds are being retrofitted to accommodate female GIS wards who are currently housed in Barrows, St Lucy.

Speaking to the media during the tour, Minister Abrahams indicated that the panel conducting the enquiry into the operations at the GIS is awaiting at least one more witness. He said while their work should have been completed two weeks ago, female wards absconding from the Barrows facility had delayed the process.

However, Nefertari said she has no confidence the results of the enquiry will be known anytime soon.

“Who are these witnesses that he is waiting on? Because there are a whole lot more witnesses for him to wait on, so he will have quite a few other girls to interview. So I don’t know when that report will come. I have no confidence in it and the Minister needs to get past this point,” Nefertari said.

On June 30, WIA had given Minister Abrahams a July 7 deadline to report on the findings of the enquiry.

“We have not even begun to discuss those issues and we want to get there because the aim of this really is to restore some kind of dignity and respect when it comes to the family.

“We want to get back to having a better family life and a better society. But we are held up now dealing with this back and forth . . . . So I have no confidence in anything the Minister is saying right now,” she added.

The spokesperson suggested that Minister Abrahams listen to the WIA’s views and perspectives on what should be done for the benefit and wellbeing of Barbadian children.

The WIA group, comprising close to half a dozen non-governmental organisations and individual women from all walks of life locally and the diaspora, is focused on helping girls at the state-run GIS, several of whom allegedly have unresolved issues in relation to treatment at the institution.