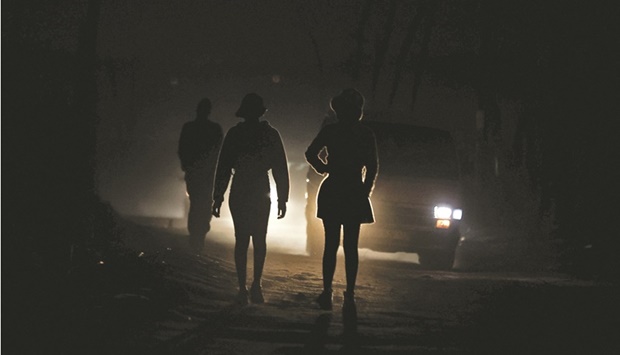 Two contractors for South Africa’s energy monopoly Eskom and their wives have been arrested for alleged corruption, prosecutors said as the beleaguered firm faces mounting pressure over power cuts.
The four are accused of taking 8.6mn rand ($510,000) in kickbacks over an inflated sub-contract awarded to a company that was unqualified to carry out the work, prosecutors said.
The power giant is among state-run firms at the centre of anti-graft investigations stemming from a four-year inquiry into the looting of state assets under former president Jacob Zuma.
Yesterday, Eskom said it hoped that the arrests, which were announced a day earlier, were “just the beginning and that more arrests will follow on this matter.” “The law enforcement system needs to show that the time for the criminal impunity and theft that continue to rob the people of South Africa of services they have so dearly paid for is up,” it said in a statement.
Two of the arrested, Mohamed Mooidheen and Vernon Pillay, used to work for Eskom contractor ABB Group, a Swiss-Swedish firm.
They are accused of using their influence to award a 549.6mn-rand subcontract to a firm called Impulse International, receiving cash and luxury cars in exchange, prosecutors said in a statement.
Their wives also allegedly benefited from the scheme, which operated between 2015 and 2017.
Eskom said the contract was related to works at the Kusile Power Station — one of two new plants being built to relieve the country’s power shortages.
In recent weeks, rolling blackouts have plagued the nation due to shortfalls in power generation at Eskom’s coal power plants, which the authority said was exacerbated by a two-week workers’ strike.
ABB said in a statement it had reached a settlement with Eskom and investigators in 2020 and continued “to co-operate fully” with authorities and other countries in their ongoing investigations.
“ABB remains committed to bring the totality of this matter to a close as soon as possible,” the company said in a statement. The four face charges of corruption, fraud and money laundering.