A Teacher in Logar Province Donates School Materials to 500 Students 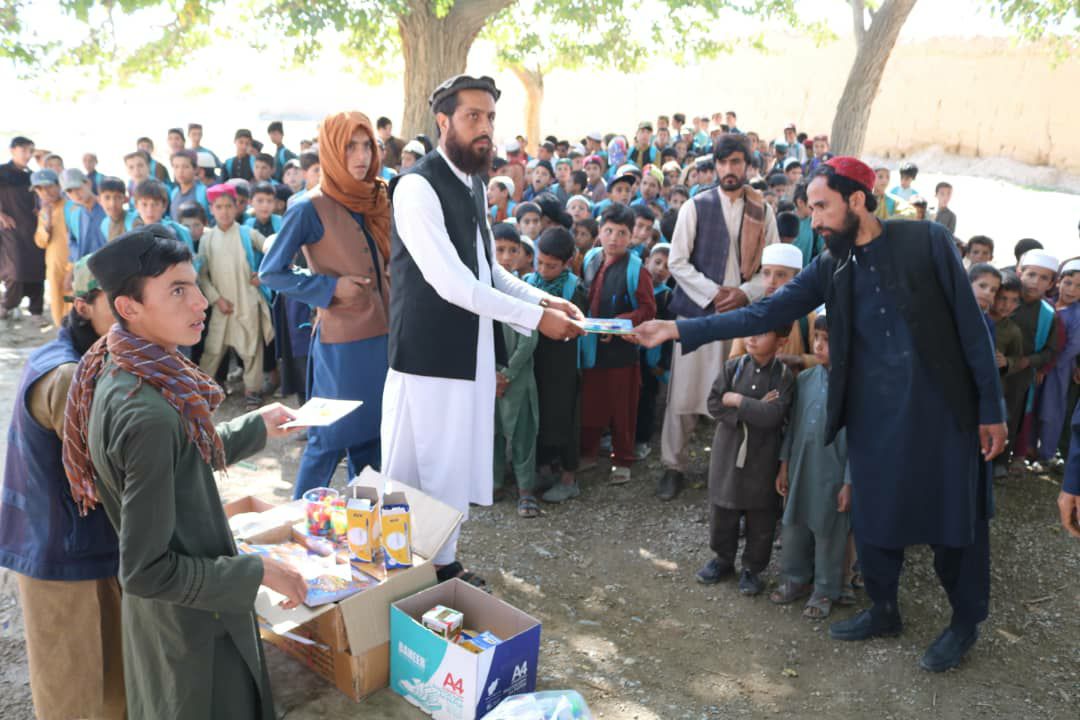 A teacher in Logar province has donated study materials to 500 needy students from his account.

According to local information, Eid Mohammad Rohani, who is a teacher at Miral School donated five school material items to the students of Pasab and Malik Shir Ahmad Kochi schools in the center of Logar on Wednesday, September 21.

Mr. Rohani has explained the purpose of his move as to help and encourage students who are so poor that they cannot manage the minimum education materials.

This is worth mentioning that in contrast to the Taliban’s argument on people’s lack of interest in education, the people across the country have proved them wrong with several moves of supporting education in their villages, districts, and provinces.

Similar to Mr. Rohani’s initiatives, some residents of Logar and teachers in this province had built five classrooms for a school from their budget previously which very clearly sends the signal to the world that the Taliban is lying about the people of Afghanistan concerning the matters of education.